FICCI Frames 2014 had many interesting sessions. But the underlying theme seems to be the impact of digital technology on any sort of media. On the opening day on Wednesday, March 12, a panel discussion focused on Television 3.1.

The future of television and broadcasting, according to the speakers, is about to change. The way content is consumed or marketed has evolved with the advent of the digital medium. The panel discussed how the next big thing will have to be “sharp, edgy and yet consumer oriented”. But this will fall flat unless backed by clear management vision and thought.

The topic was mostly about how content is viewed in the present age, especially when readers are more likely to watch TV on their iPads and read news on their cellphones. Does that change the broadcast medium and put the future of television at risk? Or is it a welcome change, a change that everyone will have to embrace sooner or later?

According to Mansukhani, India has taken only baby steps towards digitization, and a lot has to be done still to say we are digitised. MSO Alliance, according to Mansukhani, started very small. Now it has the capacity to give the audience 500 channels. He spoke about the concept of ‘cable cord cutting’ in America, which is still not understood in India. This is because the younger generation watches and consumes content on their gadgets instead of their TV sets.

“There is then a need for the industry to provide content at a time of your choice, in a way of your choice, and a choice of your choice and in the manner you want it. ‘You’ the consumer is the thing we must be concerned about. But at the same time, the consumer should also know that if he is paying Rs 150 for a movie in a multiplex, he must also be prepared to pay more than Rs 0.50 per channel on television screens,” pointed out Mansukhani.

Vikram Chandra, CEO, NDTV Group, commented, “Years ago we used to say that TV as we know it will be gone forever. That trend is going to accelerate and linked to that is the crashing of the price point of smartphone devices.” He said, “We have to be prepared to re-look at our own models. With major technological changes globally, the way the media industry behaves and works will also have to change in India.”

On the issue of monetising something on the digital platform, Chandra held that we are not prepared for it yet. In the USA, news is more online than on print or TV, and so are shows. In India, it is still catching on, especially with internet still not reaching every corner of the country. But he was optimistic that we will be there in some time, which could be anything from two months to two years.

This same point was reiterated by Todd Miller, CEO, Celestial Tiger Entertainment. According to him, in the next 10-15 years multi-screen viewing will become fundamental. However, it is still a long way away, and even when that happens, television will be the primary medium of viewing. Miller explained that instead of digital, the thing to watch out for in the Indian context is high-definition. “HD has a lot of room to grow in India and will see increase in its use in the medium term,” he said.

Zee Entertainment’s Chief Content and Creative Officer, Bharat Ranga, spoke about Zee’s need to become a ‘Metanational’ company, and not just international. Zee, which already has a presence in numerous countries like the USA, Dubai, Malaysia and Africa, felt that each of their markets has to be known and studied individually. It is only possible to work on them then. Zee also plans to bring its American network Veria to India in some years, but the timing and pricing both have to be right. Ranga also feels that in future new talent will take India ahead while traditional talent will continue to play its part.

While Ranga felt that the kids’ segment in India had not picked up because a lot of kids passively watch GECs and sports, Bejot, Executive Director, TV France International, held that a lot of their kids content - almost 80 per cent of it - makes money through digital. So, whether to embrace the medium or not is not a question any more.

Tarun Katial, CEO, Reliance Broadcast, tried to make the point that that the last big thing and the next big thing is the same – the digital wave. But Katial also felt that India, unlike a lot of other countries, has already started to view content as the central issue. “Production companies are already creating content specifically for digital and television separately. India is already doing broadcast quality content for digital, while keeping in mind that scale will also play a big role,” he explained,” Katial said.

Mansukhani wrapped it up saying, “A little more money for a little more valuable content can lead to big changes in the way we watch television.” 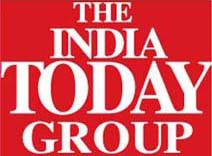 FICCI Frames 2014: There is a monetisation opportunity in Radio as it goes digital

FICCI Frames 2014: Internet needs to be both moderator and narrator in a democracy