In keeping with the global rebranding, effective 4.30 PM IST, March 10, 2014, the India operation will be called FCBUlka Advertising and it will have a new logo 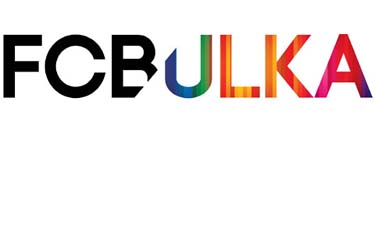 In keeping with the global rebranding, effective 4.30 PM IST, March 10, 2014, the India operation will be called FCBUlka Advertising and it will have a new logo

Six months after becoming Global CEO of Draftfcb, Carter Murray is changing the agency’s name to FCB (Foote, Cone & Belding). In keeping with the global rebranding, effective 4.30 PM IST, March 10, 2014, the India operation will be called FCBUlka Advertising and it will have a new logo.

The colours in the logo have been drawn from the colours of the flags of the world, symbolising the heritage, equity and flavour of the local advertising company and the wide network reach. The diagonal line through the letter B and the letter U of Ulka signifies the importance of the local brand name alongside the global name.

Commenting on the new brand name and identity, Nagesh Alai, Group Chairman, FCBUlka, said, “FCB has a tremendous 140 years’ equity globally and in India Ulka has a 50 years plus great heritage. FCBUlka will continue to deliver on the integrated offering to its clients and stay focused on what it has been doing over the years – Making Brands Famous and Making Clients Rich.”

“Two distinct brands, Draft and FCB, were merged together seven years ago,” said Murray in a global statement. “The entities have united and now have one seamless offering. It’s time to simplify our brand name as well to reflect our focused identity and direction.”

Specifically, the global network will be called FCB (Foote, Cone & Belding), with an important local element celebrated market-by-market. Typically, each office will add the city in which they operate, for instance, FCB Shanghai, FCB Paris or FCB Chicago, using a diagonal line through the B and the first letter of the local moniker. In some markets we will add the name of an acquired company such as in London, where the office will be FCB Inferno, due to the local equity and relevance of the acquired company. In instances where there is an agency with specific expertise, it will take on that name, as with FCB Health. And, in rare cases, the name of a highly respected creative leader will be used to further enhance the office’s delivery and reputation. That is the situation in New York, where the agency is being renamed FCB Garfinkel.

Starting today, offices will introduce the new brand name with a colourful logo design. It loosely depicts the colours of country flags from around the world, incorporating their local attributes while embodying the strength of our global network.

Importantly, Howard Draft remains executive chairman and key advisor to Murray. “Howard has been incredibly supportive of me and the direction we are taking the company,” said Murray. “All of the capabilities that made Draft such an industry leader remain essential to the future of FCB, including CRM, analytics, retail and activation. We will continue to invest in and deliver on all of these while ensuring a strong overall creative product.”

“I believe it’s a really great time for FCB. We have terrific talent and some early momentum. There’s a lot of potential here and I’m excited for our future,” added Murray.

With nearly 140 years of communications expertise, FCB’s worldwide network spans 150 offices in 90 countries, with over 8,000 people, and is part of the Interpublic Group of Companies.