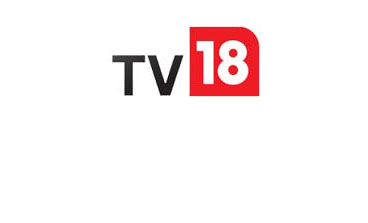 TV18 Broadcast Ltd announced its results for the quarter ending December 31, 2013 today. Reported revenues for Q3 FY13-14 on a consolidated basis stood at Rs 525.5 crore for the quarter, up 3 per cent over the previous year. The company reported its highest ever quarterly Operating Profit (EBITDA) at Rs 77.5 crore (up 61 per cent yoy) with both the Entertainment and News businesses turning in strong quarters.

On a consolidated basis, advertising revenues grew 3 per cent year-on-year. While the News and Infotainment advertising environment continues to be sluggish, Entertainment led by Colors and MTV delivered strong double-digit advertising growth. Net Distribution Income (NDI) continued its steady growth at Rs43.6 crore, a growth of 145 per cent yoy.

TV18’s Broadcast operations turned in a very strong quarter with an operating profit of Rs 91.1 crore, up 110 per cent on yoy basis.

Proforma reported revenues on a consolidated basis stood at Rs 595.9 crore for the quarter, up 5 per cent over the previous year. Proforma Operating Profit (EBITDA) came in at Rs 94.5 crore (up 79 per cent yoy) led by a strong performance in ETV News.

On a proforma basis, this was a landmark quarter for TV18 with Broadcast operations turning in an EBITDA of Rs 108.1 crore. ETV Entertainment reported a sharp reduction in losses compared to the previous two quarters as programming and marketing investments made in the first half led to an upswing in ratings and revenues.

Announcing the results, Raghav Bahl, Managing Director, Network18, said, “We are greatly enthused by the strong performance of TV18 despite the continued uncertainty in the macro-economic landscape. While environmental risks may continue in the medium term, we are confident of maintaining our growth trajectory.”

Bahl added, “During the quarter, our pre-tax profits almost tripled due to the robust operating performance of our broadcast operations and a significantly deleveraged balance sheet. We are now in the sustained value creation phase of our journey even as we look to further strengthen our existing operations and consolidate our regional acquisition.”

Commenting on the results for the quarter, B Saikumar, Group CEO, Network18, said, “It has been a stellar quarter for our broadcast operations, which grew their margins substantially in a challenging environment. Our News business realised value from operating efficiencies. Our Entertainment operations at Viacom18, led by Colors, delivered a healthy performance even as Motion Pictures saw losses in this quarter. Infotainment operations at A+E Networks I TV18 broke into positive territory and IndiaCast continued on its robust growth trajectory. We look forward to building on network synergies with the launches of Rishtey India, MTV Indies and CNBC Bajar, while sustaining our trajectory of profitable growth in the year ahead.”

CNBC-TV18 and CNBC Awaaz sustained their strong market leadership in the genre during the quarter.

General news operations returned to healthy profitability in the current quarter over last quarter and grew margins substantially over last year. Operating profit stood at Rs 15 crore with an operating margin of 22 per cent. Operating revenues stood at Rs 66.9 crore.

CNN-IBN and IBN7 continued their strong viewership performance reaching a combined monthly average of 27 million viewers in the quarter (Source: TAM, CS AB 15+, All India, all days, 24 hrs, 1st Oct to 28th Dec '13). The IBN Network was a leader in coverage during the state assembly elections in the quarter.

Colors emerged as a strong No. 2 in the current quarter, growing its average weekly gross viewership to 464 million. Colors was the No.1 channel during weekends with an average market share of 26 per cent. It continued to lead the genre in terms of content innovation and differentiated programming. ‘24’, the marquee non-fiction property, made a stupendous debut during the quarter and attracted 117 million viewers across India. ‘Big Boss 7’ delivered 164 million viewers and achieved the highest-ever season average in viewership. ‘Comedy Nights with Kapil’ continued its run as the No.1 non-fiction show in the genre. (Source: TAM, CS4+, HSM, All Days, Q3).

MTV continued its leadership in viewership in the genre reaching 52 million viewers and further cemented its position as India’s No.1 youth brand in digital engagement with over 20 million fans on Facebook and 1 million followers on Twitter.