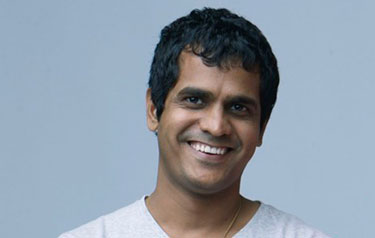 Santosh Padhi, aka Paddy, Co-founder & Chief Creative Officer of Taproot India, has been selected to be on the judging panel of Andy International Awards. The judging will take place in Shanghai, China, towards the end of this month, where 26 global creative directors will pick some of the best creative work that the industry has produced last year.

“Last year I had to skip out at the last minute, but I'm happy to be invited again on the 50th anniversary, Andy is one of the reputed award shows in the world, It's difficult to get a Andy, as for years they have maintained a standard. They always get the best minds of our industry to do justice to the output of the show and I'm very happy to be part of this elite panel, which is chaired by David Droga,” commented Paddy.

The International Andy Awards is celebrating its 50th anniversary this year. The goal of the competition is to honour creativity in advertising throughout the world, recognise the contributions of individuals and companies who create the work and encourage raising the standards of craftsmanship in the industry. The International Andy Awards stands as one of the most sought-after awards for creative excellence in advertising. Judged by a jury comprised of internationally renowned creative directors, awards are given to both single and campaign executions, distinguished by product, service or technique category. The Andy’s began as a New York print only show that has evolved into an international show covering print, radio, television, out-of-home, direct mail, video/cinema, interactive and other media.

Andy Award winners also compete for the Andy’s highest honour, the Grandy. The Grandy winner, in addition to gaining prominence within the industry, receives a cash prize of $50,000. All Public Service Gold Andy winners are eligible for the Richard T O’Reilly Award (named in memory of the National Director of the Partnership for a Drug-Free America), the title of the best PSA of the year and a $10,000 cash prize.