NDTV Profit to turn into NDTV Prime in evening and weekends. The objective is to shore up the bottomline of Profit 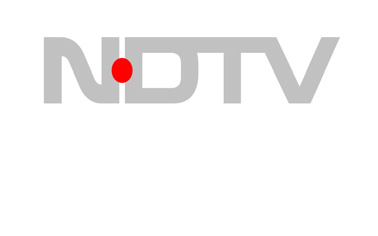 NDTV Profit to turn into NDTV Prime in evening and weekends. The objective is to shore up the bottomline of Profit

Along with the announcement of Q3 FY14 results with NDTV Group’s English and Hindi channels reporting growth, NDTV has announced that it will introduce the dual-channel concept, a first-in-India concept in Indian television. Its business news channel NDTV Profit will turn into NDTV Prime beyond stock market trading hours beginning March 17, 2014.

The quarter three results were no different for NDTV Profit, which has been a loss-making business for a long time. However, the group has decided to turn the fortunes of its business channel by introducing the dual-channel concept.

Speaking on the reasons behind the move, Vikram Chandra, Group CEO, NDTV Group, said, “We realised sometime back that NDTV Profit was obviously a very big loss maker. And we also felt that the business news genre is quite crowded. When analysing, we found that people are watching business channels during the day time but they do not really watch business news in the evening hours. The primetime for any business news channel is daytime while it is just the opposite for other channels. So we came up with the idea of creating two primetime – one with NDTV Profit for daytime and another with NDTV Prime in the evening hours.”

“With digitisation and EPG based appointment viewing, it would be much simpler and we are sure viewers will like if there is a certain band in which some interest based programming could be delivered. There are a lot of viewers for the programming on properties, auto, technology, executive education and entertainment but they don’t prefer searching for it on the channel. So we decided to go with the band concept where every evening at 6.30 there will be Education, at 7 PM Property, 8 o’clock will be for Technology, 8.30 PM will be for Auto, and then 9 to 11 PM will be Entertainment. There is a bunch of shows which we have already done and a few are coming up with the launch of NDTV Prime. So it was not difficult for us to extend our programming from one show to 7 or 8 shows,” said Chandra.

When asked about the kind of entertainment programming, Chandra said, “That’s the only thing which we would like to keep a secret at this point of time but it will be announced soon at a special launch.”

NDTV Prime has already signed sponsorship deals for the channel and its shows. “We have been working very hard to get sponsors for our shows in advance so that we need not to rely on ratings which we may or may not be able to know if TAM goes. Being a first in India concept channel, we have been able to get a bunch of partners on board who believed in the concept even before the channel has been launched,” said Chandra.

Chandra informed NDTV has been working on the concept for a long time – doing research, gathering feedback, bringing sponsors on board, etc. “Now we are ready to roll. We are reasonably confident that the idea will be appreciated by our viewers,” he said.