Discovery unveils the story of KKR

The four-part series will air from February 24 to 27 at 8 PM, tracing the transformation of the team from a group of struggling players in the early years to their emergence as formidable champion of IPL 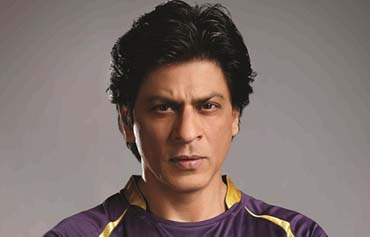 Discovery unveils the story of KKR

The four-part series will air from February 24 to 27 at 8 PM, tracing the transformation of the team from a group of struggling players in the early years to their emergence as formidable champion of IPL

Discovery Channel will present the riveting story of the transformation of IPL team, Kolkata Knight Riders, from a group of struggling players in the early years to their emergence as formidable champion of the league in its new series ‘Living with KKR’. The four-part series will air from February 24 to 27 at 8 PM.

The series traces the emotional journey of the team from its unsuccessful first three years to its ultimate redemption as IPL champions. The viewers will witness candid admission by their favourite star Shah Rukh Khan of his worst fears, heart-rending moments and record celebrations. They will hear straight from Shah Rukh Khan the reasons for selecting Kolkata for his team, its arduous climb, the tears from constant defeats, adapting to the new format and relationships that didn’t last.

The series also brings to the fore the unseen role played by co-owners Juhi Chawla and Jay Mehta, the daring new decisions of its CEO Venky Mysore, the immense pressure absorbed by its captain Gautam Gambhir, and the passion of the players, coaches and fans. Discovery Channel will also provide insights into the IPL phenomenon; the electrifying passion, poignant drama, astonishing opportunities and consummate glitz.

Shah Rukh Khan, owner of KKR and Bollywood superstar, said, “Kolkata Knight Riders is not just a cricket team of IPL for us. It has been a family since the inception. Each and everyone involved with KKR since the beginning has had a journey worth a mention. I am thrilled to share this journey of tears, sorrow, strength and victory with everyone. On behalf of Juhi, Jay and myself, I would like to thank the different players from all seasons of IPL, the coaches, physicians, the management and everyone else who has been a part of this wonderful team for doing what they have done over the years. I also thank the very loyal fans who have supported us and loved us no matter what. And special thanks to Discovery for getting our story across to the people around the world.”

Rahul Johri, Sr. VP and General Manager – South Asia and Head of Revenue, Pan-Regional Ad Sales and Southeast Asia, Discovery Networks Asia-Pacific, said, “Discovery Channel is recognised for its pathbreaking and entertaining programmes. There is immense appetite amongst millions of cricket fans in India to gain up-close and personal access on what goes beyond the cricketing field. ‘Living with KKR’ will present the inspiring story of the team’s defeat, endeavour and absolute triumph. It will provide an unparalleled access to the all-embracing and dreamlike journey made by KKR players, coaches, fans and Shah Rukh Khan.”

"There are moments in our lives that we always want to have with us as a memory of that time. ‘Living with KKR’ is exactly that for us. The journey that KKR has had since the beginning of IPL has been unique. I am glad that we have a story to tell and with the help of Discovery Channel we will share it with the world. Hope everyone enjoys watching it as much as we enjoyed being a part of this journey that continues,” commented Venky Mysore, CEO and MD, KKR.

‘Living with KKR’ has been produced for Discovery Channel by Engage Sports Media.