The media agency globally recognised January 15 as ‘Mindshare Day’ and celebrated it by announcing its refreshed global positioning: ‘Original thinking driven by speed, provocation and teamwork’ 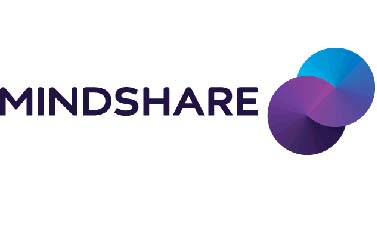 The media agency globally recognised January 15 as ‘Mindshare Day’ and celebrated it by announcing its refreshed global positioning: ‘Original thinking driven by speed, provocation and teamwork’

Mindshare globally recognised January 15 as ‘Mindshare Day’ and celebrated it by announcing its refreshed global positioning: Original thinking driven by speed, provocation and teamwork. In Asia Pacific, the network held a region-wide video conference call where 17 countries and 24 offices – from Karachi to Sydney – dialled in to share thoughts and ideas around the new vision.

Five years ago, Mindshare moved away from the conventional media agency structure and redesigned itself around four integrated and interactive divisions – Client Leadership (account management), The Exchange (media buying), Invention (strategy and ideation) and Business Planning (data and analytics). In a similar way, Mindshare has now redefined its brand positioning to the rest of the world, and aims to bring to life its promise of being the fastest, most collaborative and most adaptive media agency.

In 2013, Mindshare won the Agency Network of the Year award at the Festival of Media Asia and the APAC Smarties organised by the Mobile Marketing Association. Mindshare was also recognised by over 200 awards across the region at local and regional levels for clients including Unilever, Kimberly-Clark, Nestlé, Nike, Cisco, Hong Kong Disneyland and many more.

Mindshare has the youngest and most diverse CEO profile in the region, with Australia’s Katie Rigg-Smith being the first woman to lead a media agency in Australia, and Amrita Randhawa taking the lead of Mindshare China at the age of 35.

The agency also brought in large pieces of business in 2013, including NAB, Origin Energy and Nike in Australia, booking.com in China and Dyson across the region. Cosmetics giant L’Oréal and pharmaceutical giant GSK were successfully retained in all markets, and the former was added to Mindshare Korea’s portfolio.

It was also a successful year in terms of partnerships for Mindshare. The agency partnered with Geometry Global and Ogilvy Action to create ECC (Emerging Class Consumers), a comprehensive framework and communications planning tool for rural areas in Asia. This has been implemented with Unilever and Friesland Campina in Vietnam, and will be expanded in 2014.

Another exciting partnership was with McLaren F1 Racing at Cannes, where Nick Emery, Mindshare Global CEO, and McLaren F1 racing driver Jenson Button shared the stage to talk about the importance of being adaptive – whether on the race track or in advertising.

Mindshare drove yet another innovative partnership between Manchester United and Unilever, where Unilever became the club’s first official Personal Care and Laundry partner in South-east Asia. In a mobile study conducted towards the second half of the year, Mindshare toured the region with Yahoo! to share findings of a smart device study that could change the way clients think about mobile altogether.

Ashutosh Srivastava, Chairman Asia / CEO Emerging Markets Group at Mindshare, said, “At Mindshare, we believe it is not just about size and scale, it is about speed and provocation, and challenging the status quo. That's how we continue to relentlessly adapt to changing trends in the industry; changing needs of clients and consumers; devise new and varied tools and technology and find new ways of thinking and collaborating together.”

With a consistent desire to be its clients’ lead business partner, and a deep-rooted belief that everything begins and ends in media, Mindshare is evolving the way it talks about itself to adapt as the industry evolves around the world.

Nick Emery, Global CEO, Mindshare, said, “We see everything as a medium. We aim to be our clients’ lead business partner and work together with our clients from beginning to end. Our adaptive approach creates new revenue streams, platforms, communities and partnerships as well as new products and new ways of working. This allows us not only to mirror our clients' ambitions but also to go one step further.”