The 5-day event will take place from February 17 – 21’. It will be held simultaneously in 7 other cities – Barcelona, Copenhagen, Hamburg, Lagos, Milan New York and Tokyo 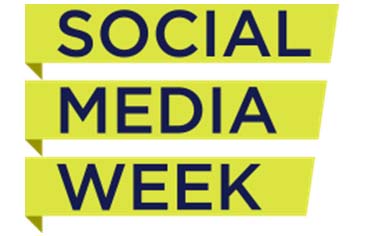 The 5-day event will take place from February 17 – 21’. It will be held simultaneously in 7 other cities – Barcelona, Copenhagen, Hamburg, Lagos, Milan New York and Tokyo

After the successful debut of Social Media Week (SMW) in India held in Mumbai in September 2013, Bangalore is all set to host the mega global festival this year. SMW Bangalore will be held from February 17 – 21, 2014, simultaneously with seven other cities – Barcelona, Copenhagen, Hamburg, Lagos, Milan New York and Tokyo.

SMW is a worldwide festival exploring the social, cultural and economic impact of social media. In just under five years, Social Media Week has become a platform and a community that has grown to more than 100k members in 26 cities around the world.

R Square Consulting, an integrated marketing services agency, will be hosting SMW Bangalore. “After the phenomenal success of Social Media Week in Mumbai, we believe that SMW Bangalore will set a new benchmark. Bangalore’s reputation as a cultural melting pot and as the IT capital of the country makes for an optimal combination,” Rohit Varma, Co-Founder and Managing Partner, R Square Consulting, said.

The festival is expected to attract over 5,000 professionals, including people from advertising & marketing, brand management, entrepreneurs, start-ups, management students and other communities of relevance and interest. The running community is one such example. “We launched MegaPink in partnership with SMW Mumbai with runners from 40 cities taking part. We are looking forward to a bigger MegaPink that we will launch during SMW Bangalore including more cities and runners just through the social media platform,” Milind Soman, model and actor, said.