According to highly placed sources, Ashutosh’s departure has been triggered by his strong pro-Aam Aadmi Party editorial stance which has reflected in the channel’s coverage. Speculation is rife that he is all set to join AAP 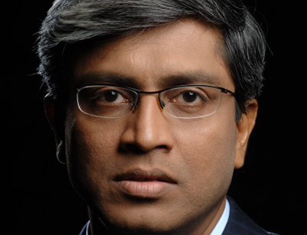 According to highly placed sources, Ashutosh’s departure has been triggered by his strong pro-Aam Aadmi Party editorial stance which has reflected in the channel’s coverage. Speculation is rife that he is all set to join AAP

Ashutosh, Managing Editor of IBN7, has called it a day. CNN-IBN’s Managing Editor, Vinay Tewari, will take charge of the channel with immediate effect. It is learnt that Ashutosh announced his departure yesterday among his colleagues.

However, according to highly placed sources, Ashutosh’s departure has been triggered by his strong pro-Aam Aadmi Party editorial stance which has reflected in the channel’s coverage. Speculation is rife that he is all set to join the party.

In an SMS reply to BestMediaInfo.com, Ashutosh confirmed his resignation. However, another SMS asking whether he is joining the Aam Aadmi Party went unanswered.

While top professionals have been making a beeline to join Aam Aadmi Party, Ashutosh will be the first prominent TV journalist to join the political party that is expanding its wings across the country after its recent triumph in Delhi.

Ashutosh, since day one of Anna Hazare’s anti-corruption crusade in 2011, has been a supporter of the agitation. He has also authored a book on the Lokpal movement. There is also speculation that many other journalists would be joining AAP in coming days. On Wednesday, Malika Sarabhai also joined the party.

Prior to joining IBN7, Ashutosh was with Aaj Tak for more than ten years. He was one of the primetime anchors of the channel. Other than anchoring, his real strength lies in news management on the desk as well as in the field. He has widely covered India from one corner to another, especially elections, and Kashmir when terrorism was at its peak in the state.

At IBN7, he was responsible for the overall editorial content and headed a team of more than 250 journalists. He is also the only Hindi language TV journalist to be selected for the Dag Hammarskjöld UN Scholarship. This scholarship is given every year by the UN to four young journalists from more than a hundred Third World countries.

He is a Post Graduate in MPHIL (Soviet Studies) and MA (Philosophy & International Studies).

In a press note issued by Network18, B Sai Kumar, Group CEO, Network18, said, “Ashutosh has played a key role in IBN7’s emergence as one of the most credible brands in Hindi news. We thank him for his immense contribution and commitment to the network. Vinay has led CNN-IBN admirably and in this expanded mandate, we’re confident that he will not only take IBN7 to new heights editorially but also strengthen our general news network further.”

Rajdeep Sardesai, Editor-in-Chief, IBN News Network, commented, “Ashu has been a driving force behind IBN7 and his passion and leadership have been instrumental in making it into a fearless and independent voice in Hindi journalism. We thank him for his stellar effort and wish him the very best. Vinay has been an integral part of the general news network from the very beginning and I’m confident that he will bring his unique perspective and rich news experience to bear at IBN7 and the network.”

Ashutosh said, “Building IBN7 into what it is today has been one of the most satisfying experiences of my professional journey. I would like to thank all my colleagues for their support and look forward to newer challenges.”

Tewari commented, “IBN7 today stands for the best in hard-hitting and inclusive journalism and it’s a privilege for me to lead it further. I look forward to working closely with the talented and passionate team to ensure we honour the trust of our viewers in IBN7 and ensure that both CNN-IBN and IBN7 benefit and capitalise from the general news network in equal measure.”

Tewari has over two decades of experience in journalism across reporting, desk, news production and special events coverage. Prior to Network18, he has had stints with TV Today Network, The Times of India and The Pioneer.