As soon as one opens the website www.timesdeal.com, a Santa Claus appears on the screen and drops gifts from his goodie bag. “Find the gifts and win a grand prize,” the Santa announces 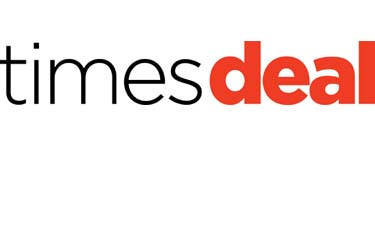 As soon as one opens the website www.timesdeal.com, a Santa Claus appears on the screen and drops gifts from his goodie bag. “Find the gifts and win a grand prize,” the Santa announces

TimesDeal.com, the group buying portal of Times Internet, is turned all red and green on Christmas eve. The online shopping destination has always come up with novel and fun ideas to cheer the crowd during festivals. This year, the TimesDeal team has introduced a unique shopping campaign for consumers visiting their website. The innovative campaign targets users looking for the best deals this Christmas and New Year. The limited period offer extends up to the New Year eve.

As soon as one opens the website www.timesdeal.com, a Santa Claus appears on the screen and drops gifts from his goodie bag. “Find the gifts and win a grand prize,” the Santa announces and vanishes from the screen. Now, the user can find the gifts and stand a chance to win prizes from TimesDeal.

The idea has been conceptualised by the in-house creative agency of The Times Group. Data show that the campaign is a hit. The TimesDeal website has seen over 1,000 fresh registrations in less than 24 hours. The site engagement has increased by over four times and the page views by five times.

Times Internet, which owns TimesDeal.com, is pushing its marketing efforts to social media too. Aptly titled 'TD Grant My Wish' (#TDGrantmywish), the campaign lets users choose their favourite deal from an array of deals featured on the website. The surprise element is that the users will be gifted with the deal they wished for.

Ninad Takpere, Business Head, Times Deal, said, “This is to satisfy our customers and to add a little fun element to shopping. The primary focus of TimesDeal has always been to offer users high value-for-money deals. There has been overwhelming response to this so far.”

Apart from the exclusive Christmas gifts, the website also features a number of deals which offer the customers great value for money.