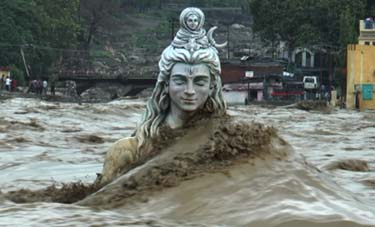 On the 16th and 17th of June this year, India declared a state of national crisis when Uttarakhand was struck by one of the worst flood hits in history. The catastrophe killed over 6,000 people, left 100,000 stranded and almost half of the state ravaged by unprecedented floods. The tragic events also triggered one of the largest rescue operations the world has ever seen.

As the state reels from the unparalleled destruction, Discovery Channel presents a one-hour programme that investigates the event and explains ‘what really happened’ and ‘why’. Watch the special ‘Himalayan Tsunami’ on Monday, December 23, at 9 PM.

Announcing the premiere, Rahul Johri, SVP and GM – South Asia and Head of Revenue, Pan-Regional Ad Sales and Southeast Asia, Discovery Networks Asia-Pacific, said, “Himalayan Tsunami is dedicated to every Indian who was affected by this catastrophe. The programme addresses several unanswered questions about the calamity and retraces the disastrous event through the eyes of first-hand witnesses who recount harrowing tales of survival.”

Alongside, scientific investigators piece together and unravel the natural forces that led to such devastating proportions. This will be the first geological research team to enter the flood ravaged Himalayas and unlock the true causes of the giant, tsunami-like wave that tore through Northern Indian villages, causing unprecedented death and destruction.