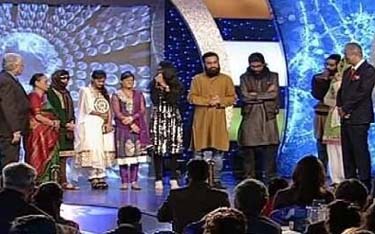 Acknowledging the achievements and contributions of the Iconic Indians who have made us proud and strengthened the foundation of our society, CNN-IBN has announced the winners of the Indian of the Year 2013. In an award ceremony held at the Taj Palace in New Delhi, the channel honoured 11 such extraordinary Indians across Politics, Sports, Entertainment, Business and Public Service categories.

Instituted in 2006, this is the eighth edition of CNN-IBN Indian of the Year awards. Over the years, these awards have become the benchmark for credibility and excellence in media awards. They have been held in high regard for precision, providing complete information about the process of nomination and selection of the winners. The selection process involves the IBN Editorial Board drawing a list of nominees, which is then authorised by a highly distinguished jury comprising personalities bestowed with the most prestigious Padma honours.

The winners across different categories are:

Arvind Kejriwal: For pulling off a stunning political debut and forcing two national parties to substantially alter their electoral strategies in less than 18 months.

PV Sindhu: For keeping the great run of Indian Badminton going and winning the singles medal at the World Championship.

Rajiv Bajaj: For being the world’s most profitable auto company with 20 per cent margins, a sound export strategy and being a key differentiator in a tough year.

ADR & Lily Thomas: For piloting the PIL which led to amendment of the law that prevents convicted politicians from contesting in polls.

Team ITBP & NDRF: For their sterling work in the aftermath of the Uttarakhand tragedy.

Deepika Padukone: For constantly reinventing herself as a leading lady with exceptional acting abilities and for delivering a slew of mega hits in 2013, including ‘Yeh Jawaani Hai Deewani’, ‘Chennai Express’ and ‘Goliyon Ki Raasleela Ram-Leela’.

Leander Paes: For being an ageless wonder and becoming the oldest man to win a tennis Grand Slam at the age of 40.

Ramakant Achrekar: For being the most dynamic Indian cricket coach and nurturing exceptional young cricketing talents in Mumbai which includes the ‘God of Cricket’, Sachin Tendulkar.

Late Justice Jagdish Sharan Verma: For being the face of Judicial activism in India through his landmark judgements and for his lifelong contribution in the field of law and justice.

For bringing together survivors of acid attacks, educating people about the abuse and pushing the government for long-term medical treatment of victims.

Rajdeep Sardesai, Editor-in-Chief, CNN-IBN, IBN7 & IBN-Lokmat, said, “Every year, along with our countrymen, we have a set of people at the forefront, who are doing their best to take our country forward.  We feel privileged to acknowledge some of our fellow Indians who have made us proud with their efforts and contribution to society. I wish all the winners hearty congratulations”.