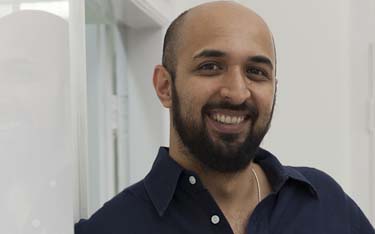 One of India’s most exciting commercial producers, Hozefa Alibhai, is joining ADFEST 2014 as Jury President of the Film Craft Lotus and New Director Lotus categories.

Born and raised in Mumbai, Alibhai dropped out of college because it stifled his natural leaning towards chaos, instead joining Ogilvy Mumbai. From here, he headed up the film departments of Publicis India and McCann Erickson before assuming command of the South Asian operations of Gobsmack Films, one of the most influential production and content creation houses in India.

Today, Alibhai is Managing Director of 200 not out FILMS in Mumbai, where he is also in the process of producing his first Bollywood feature film.

“Being appointed as Jury President at ADFEST is a matter of great prestige. I had a great experience last year at ADFEST meeting some very talented co-jury members and watching some mind-blowing work, which enriched me at a personal and professional level. I am looking forward to experiencing this again next year,” says Alibhai.

ADFEST 2014 will be held from Thursday 6th – Saturday 8th March at the Royal Cliff Hotels Group, Pattaya, Thailand. The theme of next year’s festival is, “Co-Create the Future”.

“The very concept of co-creation is a wonderful thought in the growing global village of advertising. No one can exist today without the dependence of others. Every piece of art/craft is an effort of a team and not an individual; having full faith in one another is the way forward,” says Alibhai.

Alibhai is passionate about advertising, filmmaking, new media and technology, and has produced spots for clients such as L'Oreal, P&G, Nestle, Savsol, Tresemme and Samsung, working with top-notch directors like Jim Sonzero and Emmanuel Lubezki.

Inspired by Gus Van Sant and Werner Herzog, he is also a celebrated short film producer whose films such as ‘Mind Game’, ‘Nine Minutes to Nirvana’, ‘Waif’, ‘Newsstand in Heaven’, and ‘Apollo Bunder’ have won Best Film awards at the Barcelona, New York and Paris Film Festivals.

Vinit Suraphongchai, Chairman of the ADFEST Working Committee, says: “It is a pleasure to welcome Hozefa to ADFEST again this year. His discerning eye as a producer will stand him in good stead as Jury President of the Film Craft and New Director categories.”

Alibhai will also be one of seven jury members who will determine the ADFEST 2014 Fabulous Four New Directors, a sub-category of New Director Lotus that presents up-and-coming Directors with the rare opportunity to premiere their short films in front of ADFEST delegates next March.  The script submissions deadline is 20th December 2013.  For more details, visit http://www.adfest.com/Entries_fabulous.php