Conceptualised by BBH India, the campaign bring out how every marriage is about a couple’s personal seven vows 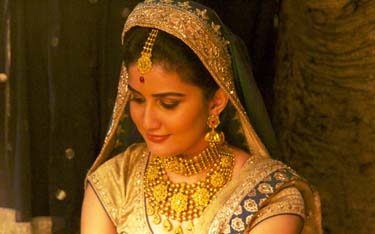 Conceptualised by BBH India, the campaign bring out how every marriage is about a couple’s personal seven vows

The World Gold Council has chosen Diwali festive season as the best time to bring out its new campaign. Weddings in India are the biggest market for any gold jewellery maker. So it is for Azva, the bridal jewllery collection from World Gold Council.

The last decade or so has witnessed a sea-change in the way marriages are solemnised. When the location, attire, mandap, sangeet and even décor have seen dramatic influences from other cultures and countries, the modern Indian couple was also seen moving forward. But gold bridal jewellery remained stuck in tradition and in the traditional idea of marriage.

The TVC is primarily targeted at the modern Indian woman, who appreciates fine craftsmanship, wants jewellery designs that are contemporary and can be worn beyond the wedding day. It beautifully captures the magic between the couple and how they make their own set of vows to solemnise the start of their relationship for a lifetime.

The campaign urges modern day couples to interpret their own wedding vows. It represents the promises made by the couple to each other on their wedding day and contemporises gold in the modern marriage context, bringing out the theme of the campaign “It's your seven” by encouraging couples to make their own special vows.

Vipin Sharma, Director, Jewellery, World Gold Council, said, “Azva’s new campaign captures the seven vows in a modern context which makes it relatable to the modern day couple. The campaign is designed to send across the message that every relationship has the magic of seven. The new campaign purely denotes the changing times where gold jewellery is not just meant for the locker but is meant for life.”

The brief given to BBH India was to contemporise gold in the modern marriage context. The creative idea – “every relationship has the magic of seven” – is beautifully translated in the creative work.

The TVC opens with a marriage ceremony taking place in a beautiful, outdoor location. While the priest utters the prayer mantras, the wife whispers to the groom, asking him if he is sure. She then tells him that she is scared, what if he isn't a good husband. The groom looks at his bride and with patience answers that there will be some mistakes they will make. But they have six lives together after this one to make it perfect. As the pheras happen, the jewellery comes into focus as part of the wedding and union of two people for seven lives.

The campaign went on-air from October 19, 2013. The press ads highlight the modern vows shared by a couple by building in the seven elements of the jewellery and seamlessly making the product the hero of the creative. The nationwide rollout across 46 cities comprises the TVC as the lead medium supported by OOH and print ads in leading magazines. There is a strong digital plan engaging the audience on social networking sites and promoting the brand across leading online portals.

Subhash Kamath, CEO & Managing Partner, BBH India, said, “Jewellery advertising in India has seen a lot of clichés being used, especially in the case of bridal jewellery. Happily, with Azva, the client not only presented us a unique product idea, the jewellery itself is spectacular in its design. We wanted to give a traditional celebration a very modern interpretation, in the life of a contemporary young couple.”

The TVC is directed by Prakash Varma of Nirvana Films, one of the well known directors in the industry