Ray has previously worked with Ogilvy, Rediffusion, Everest and Radio City. His mandate included spreading the Contract footprint across the whole of South India 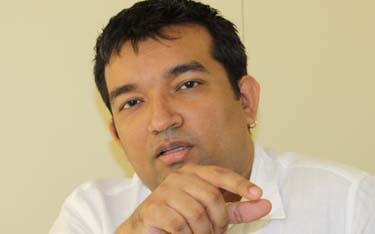 Ray has previously worked with Ogilvy, Rediffusion, Everest and Radio City. His mandate included spreading the Contract footprint across the whole of South India

“Monojit's diverse advertising and marketing experience of over 18 years, complimented by his entrepreneurial experience, makes him an ideal choice for heading the Bengaluru office,” said Rana Barua, COO, Contract Advertising.

“Besides being responsible for managing the growth and exceeding expectations that have been set for the Bengaluru branch, Monojit will ensure that the Contract footprint expands across the whole of South India,” Barua added.

Ray has in the past worked with Ogilvy, Rediffusion, Everest, Radio City and Autocop. This is his second stint in Bengaluru; in his first stint, he was instrumental in the launch of ING Vysya Life Insurance and had also handled accounts like McDowell's, UB Group, Airtel and Deutsche Software.

Ray said about his new role, "I think it's a great opportunity and a challenge to be part of a rejuvenated Contract. The vision that Rana has set for the agency is right up my street. And I sincerely believe that the Bengaluru office will play an extremely important role in achieving that goal. I, for one, am extremely excited to be part of this new journey, and I hope that I will be able to make my team as excited about it as we go along."

Ray’s career has spanned from managing Sachin Tendulkar's first major advertising assignment with Philips, to handling the largest and the most well-known Puja Awards in Kolkata – Asian Paints Sharad Shamman. He has also been instrumental in launching the first private basic telephony brand, Tata Teleservices, in Hyderabad.

His varied expertise in cooking and sports has had him running a home cooking outfit called 'Cook on Call' to being the cricket coach and consultant for the hit movie, Kai Po Che.