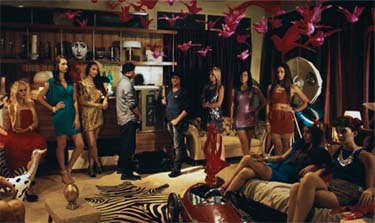 Godrej Security Solutions (GSS) has launched its new national ad campaign for this year. The ad is an extension of last year’s successful campaign, ‘Ab Musibat Se Darna Kaisa’, and continues to harness humour as a vehicle to promote adoption of security solutions by bringing alive the benefits of Godrej Safes in a clutter-breaking manner. The five television films, conceptualised by JWT India, are focused on empowering the consumer and driving home the point that armed with Godrej Security Solutions, one can be fearless and in total control of their house and valuables.

The new ads were put together after intensive consumer insight mining. An important finding as a result was that while many consumers have heard of Godrej Safes, there is a lack of knowledge about the range of safes which GSS offers and how they can fit into their lives. This thought is often manifested in rationalisations like “What if someone breaks-in when I am away?”

Home security products have huge potential in India. However, the problem lies in adoption of the category. The campaign in 2010, ‘Musibat Kabhi Bata Ke Nahi Aati’, helped the brand pierce the cultural shield that the consumer had used in his defence, with many consumers believing that security lapses happen all the time, but they won’t happen to them.

Despite the evolving mindset and increased awareness, in 2012, research revealed that consumers still had concerns that in spite of taking preventive measures taken, threats cannot be completely eliminated. To paraphrase a typical homeowner’s response, “No matter what security systems I put in place, burglars are so advanced in their techniques that I won’t have any control.” Added to this, there was a greater sense of uncertainty due to heightened security concerns. Nuclear-isation of families, increase in working couples and rising incomes leading to accumulation of precious things at home were factors which added to these. Hence the campaign in 2012, ‘Ab Musibat Se Darna Kaisa’, was aimed at instilling confidence in the minds of consumers by giving them control in an uncertain environment. The homeowner became the main protagonist.

Taking forward the campaign thought of ‘Ab Musibat se Darna Kaisa’ which resonated well with consumers, GSS is now bringing alive the benefits of Godrej Safes in a clutter-breaking manner. The new campaign dimensionalises control through a range of safes with innovative features such as E-Bio, Matrix with I-warn, etc., which only GSS offers. It maximises relevance and differentiation by showcasing how this range of safes can benefit different homeowners.

Explaining the insight that led to the development of this year’s campaign, Mehernosh Pithawalla, Assistant VP, Marketing, Godrej Security Solutions, said, “When we began our brand journey in 2010, consumers had a sense of denial but today they have evolved and are aware of the importance of security needs. However, they still believe that despite all preventive measures, threats cannot be completely eliminated. Also, our research revealed that while many consumers have heard of Godrej Safes, there is a lack of knowledge about the range of safes offered by GSS and how they can fit in their lives. Hence we decided to further dimensionalise control and give the consumers reasons to believe in this year’s campaign. The TVC was constructed in a manner that provided control of the situation to him in different situations. Keeping the brand communication codes intact, we decided to amplify the messaging by using a subtle dose of humor as this had worked wonderfully in the past.”

Godrej Security Solutions has witnessed market defining growth over the past couple of years. The brand campaigns over the last few years have helped garner tremendous saliency for the brand by tapping the tremendous growth potential in the home market for the category which was untapped. To complement this year’s TVCs GSS is undertaking a 360 degree approach to the campaign with a series of ATL and BTL activities with a major focus on TV. In addition, GSS plans to utilise social media and events for sales promotion to tap into a younger audience.

Tista Sen, National Creative Director at JWT, said, “Godrej Security Solutions has taken the proposition of keeping trouble at bay with a series of five new commercials with the tagline of ‘Ab Musibat se Darna Kaisa’. In the ongoing saga of two lovable and likeable thieves, this series of films with their very understated humour underlines the critical message of security that never fails. Robbery in the Indian context is either Hollywood gizmos or the Bollywood over the top scenarios. This campaign is real with real life everyday people in situations we are familiar with. The thieves remain hoodwinked by superior technology from Godrej and the support cast adds to making the spots engaging and fun.”