The channel will be launched on October 23 by New Generation Media Corporation, which already runs the channel ‘Puthiya Thalaimurai’ 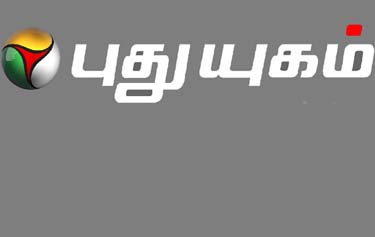 The channel will be launched on October 23 by New Generation Media Corporation, which already runs the channel ‘Puthiya Thalaimurai’ Sohini Sen | Mumbai | October 14, 2013

A new Tamil channel is all set to make a mark in the  general entertainment category. Named ‘Pudhu Yugam’, which literally means 'new era', the GEC from New Generation Media Corporation plans to bring in a new era in entertainment.

Pudhu Yugam will launch on October 23, 2013. It will be an advertisement driven, free-to-air HD channel. The target audience for the channel is the entire family and the programme slots will be designed keeping in mind the majority viewers for each slot. For example, since women are more likely to watch TV in the afternoons, women-centric shows would run in those time slots.

"We thought that there is a good space for an entertainment channel right now. It has been on the anvil for quite some time. We have finally decided to launch it now as we think the timing is perfect," said Shyam Kumar, CEO, New Generation Media.

New Generation Media Corporation also owns the channel ‘Puthiya Thalaimurai’. There are no external investors for the new channel. Pudhu Yugam plans to have shows across all genres and platforms.

"For the first time in Tamil entertainment channel history, almost 100 hours of in-house content will be aired each week. All the shows have been edited, scripted, designed by us. Some of them may have been commissioned to external production houses only for the production purpose," said Shyam.

The marketing plan for the launch is extensive comprising print, radio, television and outdoor. There would also be road shows and events. Digital will also be looked at extensively with plans to launch an app which will be free for the first three months.