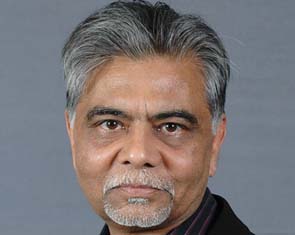 India TV today confirmed the appointment of Qamar Waheed Naqvi as Editorial Director. Naqvi is best known as having being an enigmatic, behind-the-scenes father figure of Aaj Tak over the years. He completed his contractual obligations with Aaj Tak last year in his second stint of nine years with the channel.

Naqvi is credited with having coming up with the name ‘Aaj Tak’ when it was a 20-minute news programme airing on DD Metro in the 90s. He left the organisation before Aaj Tak turned into 24-hour news channel. He returned to Aaj Tak as News Director in 2003 when Uday Shankar, then News Director, TV Today, moved on to launch Star News.

A professional with a 360-degree view of the industry, Naqvi was part of the top management at TV Today and created editorial workflow templates for optimal resource utilisation. He is known to be a tenacious mentor who has spawned a generation of well-known journalists.

Naqvi started his career in 1980 as Trainee Journalist (Hindi) with Navbharat Times of The Times of India Group. He then joined the now defunct Hindi weekly magazine ‘Ravivar’, brought out by the ABP Group, as Chief Reporter. Before moving to Aaj Tak, he was part of the team that started the Hindi weekly broadsheet ‘Chauthi Duniya’. His innovations with layout design gained him a reputation as a man with defining ideas.

Welcoming Naqvi on board, Rajat Sharma said, "Naqviji is a hugely respected professional. With his experience, knowledge and enigma we definitely see India TV growing faster than ever in its quest to reign supreme in the Hindi news genre and beyond. With elections round the corner, I think we are on way to create a right mix for our viewers and advertisers alike.”

Naqvi said about his new assignment, “This opportunity comes as a huge prospect for me to contribute towards furthering India TV’s leadership position in the news genre.”