It is through the contribution of these Champions that we have been able to build the IAA into the globally connected force we are, said Faris Abouhamad, IAA Chairman and World President 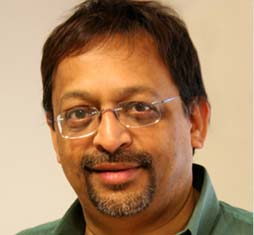 It is through the contribution of these Champions that we have been able to build the IAA into the globally connected force we are, said Faris Abouhamad, IAA Chairman and World President

At the Intercontinental Hotel in London, a 300-strong gathering  of  advertising communication veterans from across the globe who had come together for a black tie dinner to celebrate IAA’s  75th Anniversary, on October 3, 2013, put their hands together to applaud the India Chapter’s Pheroza Bilimoria and Pradeep Guha for being honoured with the prestigious Champions Award. Delegates from twenty-five countries gathered for this first IAA 75th Anniversary event.

Faris Abouhamad, IAA Chairman and World President, stated, "Since its founding in 1938, the IAA has championed many industry issues, values and advancement of knowledge around the world. So our 75th Anniversary celebration was the perfect moment to recognise those individuals and companies who have made a lasting contribution to the industry and above all – the International Advertising Association. It is through the contribution of these Champions who have especially promoted the association over many years that we have been able to build the IAA into the globally connected force we are in the industry today."

At the dinner, the IAA Champions were acknowledged for their commitment to industry issues and dedication to the growth and development of the association. In the words of Faris Abouhamed, Chairman and World President of the IAA, “It is through the contribution of these Champions who have especially promoted the association over many years that we have been able to build the IAA into the globally connected force we are in the industry today.”

Srinivasan K Swamy, recently re-elected President of IAA India Chapter (he is also Vice-President Development, Asia Pacific, IAA), speaking from London, said, “After a memorable year full of meaningful activities, this is the icing on the cake for the India Chapter. I am very happy that the two veterans who have played significant roles in not just building up the IAA but also the industry as a whole, have been rightly honoured on a global platform. The India Chapter will continue to play a role of increasing relevance and importance in industry issues.”

Pradeep Guha, CEO of 9XM, a bouquet of music channels, has been the Area Director and Vice-President, Asia Pacific of IAA. Just last year he was the first inductee into the prestigious Hall of Fame set up by the India Chapter of IAA. He is also currently the Chairman of the Asian Federation of Advertising Associations (AFAA). Guha is well known as one of the few professionals to have straddled both print and electronic media platforms with distinction. He headed the The Times of India Group and the Zee Entertainment Network before taking on his current assignment. He is credited with organising the AdAsia 2003 in Jaipur, the benchmark for such events even today. He has been the President of the Indian Newspapers Society (INS) and the India Chapter of IAA.

Pheroza Bilimoria is a media and corporate communication veteran with 35 years of experience. She has been a member of the Executive Committee of the World Board of the IAA for over 11 years. She was VP - Young Professionals to begin with, but very quickly was elected for three consecutive terms as the World Secretary, where her sound advice on business ethics, business growth and strategy, and her able assistance to World Presidents on governing the association, was immensely valued.

In India, Bilimoria is known in industry circles for her ability to make a success of media projects. One of the first recruits of Business India Publications in 1978, where she was originally Head of Marketing, and thereafter became its Managing Director, she is credited with much of the success of the media house. Not only did she ensure the company was profitable from the very first year of operations by bringing in substantial volumes of advertising revenues and by creating a large base of loyal readers, but she built successful offshoot businesses in exhibitions and cable distribution for the company.

She is the first woman President of the Advertising Club Bombay, the Advertising Standards Council of India, India Chapter of IAA, and up to very recently the Honorary Secretary of the World Board of the International Advertising Association based in New York.