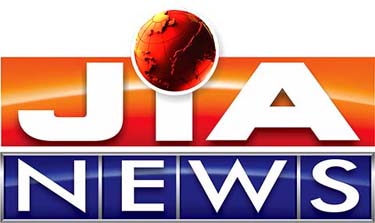 The weekend saw the launch of a new Hindi news channel with the aim of catering international standard news content to Indian audiences in Hindi. JIA News, launched by Rohan Jagdale on Saturday, October 5, 2013, is an effort to explore the heart of India and dig up issues that matter. It aims at bringing credibility back to content. Hence, it is bringing international best practices in journalism to India.

Jagdale is the son of former Ranji Trophy player Ashok Jagdale. He belongs to a family that comprises prominent personalities in politics, cricket and education. A first-generation entrepreneur, he graduated from Sydenham College in Mumbai, and soon after started his own venture. He started working in the medical, financial and oil industry, and spread his activities in the Middle East. His global activities induced in him further aspirations that concerned India. Joys Sebastian is the Channel Head, Prasenjit De is the Content Head and Ashish Mishra is the Executive Editor.

Jagdale, Chairman of JIA News, told BestMediaInfo.com, “JIA News comes out of the realisation that news is not just about news, but about issues that people relate to, issues which mostly don't surface till tragedies occur. The consistent polarisation of TV channel content has left out several issues – common and uncommon – but relevant to people. There is in fact a net migration of viewers from news channels to entertainment channels. News has seemingly lost meaning due to the way it is dished out. But, this has practically left scope for innovative news content. There is a growing feeling that news channels are airing more views than news, marginalising the very viewers they depend on for ratings.”

Jagdale further said, “Increasingly popular opinion is against the sensational content of news. From both normative and practical points, news channels have left the very space unaddressed for which they were created. In the Indian context, fiction has not moved towards fact, but the reverse has happened. Now news channels sacrifice originality and replicate entertainment content to be viewed."

The channel hopes to create a niche for itself and in the process inspire and induce change in TV content in general. Since it is a move against the sensational news, it will highlight issues especially atn the grassroot level. More than a platform of opinions, JIA News hopes to be a channel to a means of development. Jagdale explained, "News for us is not just top-down information. It is also bottom-up. We aim at covering news that is relevant to masses but don't feature in regular coverage."

The fact that it will put more emphasis on in-depth coverage than on breaking news is going to be reflected in greater feature content. It has dedicated programmes for social issues, entertainment, crime and religion. In essence the channel offers a complete bouquet with development as its prime element of content. JIA will mainly comprise current affairs content, followed by emphasis on sports and entertainment.

While JIA News would be headed from Noida, a super-bureau has been established in Mumbai. To reach the target audience, JIA News is also being streamed live on the internet and mobile handsets. All Android, Blackberry and iPhone handsets can access JIA News. The Indian diaspora in international territories will also be able to view the content.

"For JIA News, every Indian is the target. However, from a purely marketing perspective, we realise that our prime target would be SEC B & C. Considering the reach of distribution networks, we realise that we will be more visible in Delhi, Mumbai and Tier I, II & III cities in Hindi speaking regions. However, it is our endeavour to include SEC A and D as well and spread the whole," said Jagdale.

Sebastian is a well-known name in the Indian TV industry. He has been in the industry since its formative years and has been among those who played a role in the evolution of TV to its modern-day avatar. His nearly 30-year journey started in the Malayalam film industry. Soon after that he moved to Delhi to join the nascent TV industry, which was attracting talented film professionals. After mastering the craft of TV production and programming, he led several organisations across India and abroad. He set up several TV channels, which were firsts in their respective genres.

Madhulika Jagdale, Director and wife of Rohan Jagdale, has played a leading role in designing the content that would be a balance between social commitment and business needs.