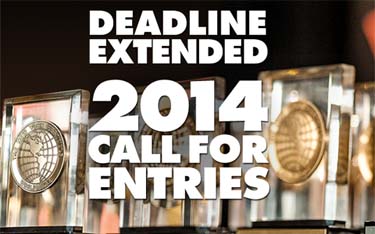 New York Festivals International Television & Film Awards announced the 2014 Grand Jury comprising over 150 of the most respected and innovative minds working in the television and film industry today, ensuring diversity and unequalled fairness. This esteemed jury comprises award-winning producers, journalists, writers, actors, creative directors, art directors, filmmakers, composers, and programming executives. Nominated from over 40 countries, these prominent executives play a pivotal role in selecting the World’s Best TV & Films. Their stellar reputations in the industry ensure that all the entries are given the utmost in professional consideration.

“We recruit our Grand Jury members from all over the world. We think that points of view from many countries present a 360 perspective. They are award-winning producers, director, writers, editors, who are working on projects now.” said Rose Anderson, Executive Director, New York Festivals Television & Film Awards.  “The most common feedback from our judges is the unique experience of viewing programmes, stories and news on a global level. They comment that they are impressed with the quality and diversity of the programs, presentations, and promos they view.”

All entries in the 2014 competition will be judged online by the Grand Jury using NYF’s unique judging platform. Award-winning entries will be announced at the NYF International Television & Film Awards on April 8th at the 2014 NAB show in Las Vegas. All competition winners will be promoted via media partners, international press releases, social media, publicity campaigns and featured in the Showcase on the New York Festivals Television& Film Awards website.