Launching on September 24, the channel is positioned as ‘Watch the best of America, with America’ 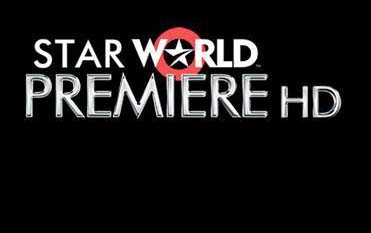 Launching on September 24, the channel is positioned as ‘Watch the best of America, with America’

Star India is all set to launch a new English entertainment channel, Star World Premiere, which goes live on September 24, 2013. Positioned as ‘Watch the best of America, with America’, the channel will target the affluent and premium audiences who want to watch the shows concurrently with the USA. Star World Premiere will be a custom-made channel with world class transmission quality and hand-picked shows to watch with the world.

Speaking with BestMediaInfo.com, Kevin Vaz, Business Head for English Channels, Star Jalsha and Jalsha Movies at Star India, said, “Star World Premiere is customised for global Indian audiences who are quite aware about shows launching and being telecast across the world. The channel will be the first in India to have 26 freshest and biggest shows concurrent with the USA.”

Among the new shows, one of the biggest productions in the US on television and most anticipated show this year – ‘Agents of S.H.I.E.L.D’ – will also premiere on Star World Premiere concurrently with the US. The show is all set to take television to the next level. The other new shows lined-up on the channel are Betrayal, Dads, The Blacklist, The Goldbergs, The Michael J Fox Show, Mom and Sleepy Hollow.

While the channel will be available on a la carte basis in HD bouquet, the subscription cost is yet to be decided. The channel is in the process of finalising the deals with cable and DTH operators. “So far we have got good response from people and industry as they feel that this channel will stand tall from the product and quality point of view,”, added Vaz.

Initially, the channel will not have advertising but will have selective and restricted advertisements going forward. However, subscription will remain the main revenue source for the channel.

On marketing the channel, Vaz said, “The channel will be promoted heavily on our network channels. Our English portfolio which has 67 per cent of market share will help this channel reach its target audience. We will also promote this channel on all HD channels. Besides, we will have an extensive campaign on digital platforms.”