Out of a total of 27 medals won by Indian agencies, Ogilvy & Mather Gurgaon wins 2 Gold medals and Ramesh Deo Productions wins a Gold 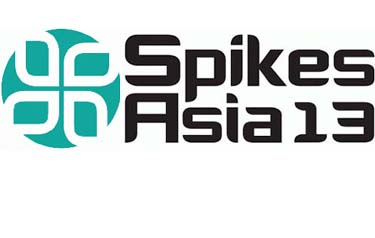 Out of a total of 27 medals won by Indian agencies, Ogilvy & Mather Gurgaon wins 2 Gold medals and Ramesh Deo Productions wins a Gold

The Network of the Year trophy was presented to McCann Worldgroup, with BBDO coming second followed by DDB in third.

McCann Melbourne was honoured with Agency of the Year. Runners-up were Dentsu, Tokyo coming in second place and DDB Group New Zealand, Auckland, at third.

The Independent Agency of the Year was taken by Party, Tokyo and Reactive Media, Sydney and Tokyu Agency, Tokyo, were second and third respectively.

The Spikes Palm award, given to the best Production Company, was awarded to Exit Films, Melbourne. Finch, Sydney came in second and Revolver, Sydney third.

The Media Agency of the Year trophy was given to Open, Auckland with UM, Sydney taking second place and in third, OMD China, Shanghai.

During the awards Metro, Melbourne’s transport system, was presented with the prestigious Advertiser of the Year Award in recognition of a record number of wins at international awards for its public service announcement ‘Dumb Ways to Die’ campaign. The award was received onstage by Leah Waymark, General Manager Corporate Relations at Metro Melbourne.

Ten juries have been working in Singapore to choose 401 deserving winners from an initial 4,832 entries. The 2013 awards have been given as follows:

For the first time a Student Creative Award was also awarded. This was a pre-festival competition that asked entrants to complete an original poster to fit a brief set by UNICEF. The entries were judged by industry leaders and Jun Hong Tan from the National University of Singapore was chosen as the winner.