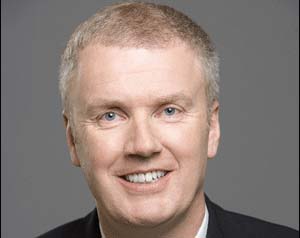 Kantar has announced the appointment of Andy Brown as CEO, Kantar Media, effective immediately. Brown replaces Jean-Michel Portier who retired earlier this year. Reporting to Kantar CEO Eric Salama, Brown takes overall charge of Kantar Media’s extensive portfolio of media and advertising measurement and analysis services. The senior management of Kantar Media’s four divisions – Audiences, Ad Intelligence Media Intelligence and TGI – will report to Brown. Salama said, “Kantar Media plays a central role in our ability to help clients understand the media landscape and how people consume media and how that consumption drives purchase. I’m delighted that Andy is taking on this role. He has been a valued colleague for many years and knows where we need to evolve and where we need to revolutionise.” Since joining TGI as an account executive in 1989, Brown has spent nearly 25 years at various divisions of what is now Kantar Media. He managed TGI during its expansion internationally across Western Europe and Latin America and was a founder director of KMR Group, taking on responsibility for TGI and Software globally, before assuming the role of CEO of KMR in 2001. Following the consolidation of Kantar and TNS’s media operations to create Kantar Media in 2009, Brown became chairman and supported CEO Jean-Michel Portier in a number of areas including digital development and global client accounts, as well as general management of associates such as IBOPE Media, TAM India and RSMB.

He sits on the Kantar Digital Board and WPP Digital Advisory group and is a frequent speaker at industry conferences. Brown said, “I am very excited to be taking on the CEO role at such an interesting time. I think Kantar Media is well-placed to help its clients exploit the growing number of digital opportunities.”