Industry raises a toast to the widely respected Chairman Emeritus of Draftfcb + Ulka. Kapoor’s love for challenges saw him taking charge of an ailing Ulka Advertising and turning it into the fastest growing agency in India at that time and taking its rightful place as one of the ‘Big Five’ 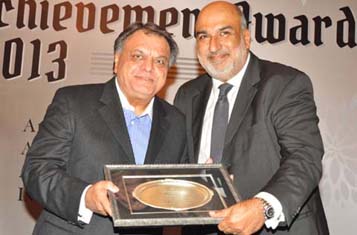 Industry raises a toast to the widely respected Chairman Emeritus of Draftfcb + Ulka. Kapoor’s love for challenges saw him taking charge of an ailing Ulka Advertising and turning it into the fastest growing agency in India at that time and taking its rightful place as one of the ‘Big Five’

Appointed Chairman Emeritus of Draftfcb + Ulka after a 22-year stint with the company and its other associated agencies, Kapoor is one of the most respected names in advertising. His journey started with the legendary agency, MCM, followed by Boots Company where he was Marketing Director. In his 14-year stint with Boots, Kapoor launched a number of brands as well as set up two field forces – one for consumer products and the other for ethical pharmaceutical products.

Kapoor’s love for challenges saw him taking charge of an ailing Ulka Advertising and turned it into the fastest growing agency in India and taking its rightful place as one of the ‘Big Five’. With the formation of Draftfcb in 2006, he was appointed as Draftfcb President with responsibility for Asia-Pacific region and Africa.

The incredibly reserved Anil Kapoor shared his life story while receiving the award. He spoke about how, in spite of doing his MBA from IIM-A, he wanted to be a part of the advertising industry. "I have never worked for the past 25 years. I haven't because I have enjoyed my job so much that it did not feel like work to me," he said.

Instituted way back in 1998, the AAAI Lifetime Achievement Award is the highest honour given to an individual in India for his outstanding contribution to the advertising industry. Over the years the recipients have been leading lights of advertising who have built great institutions, contributed to the growth of the industry and pioneered new trends.

Attended by the who’s who of the advertising fraternity, marketing honchos and the media world, the evening was a gala event. Present among the attendees were industry stalwarts like Sam Balsara, Piyush Pandey, KV Sridhar ‘Pops’, Ashish Bhasin, Nandini Dias, to name some. Incidentally, the last recipient of the AAAI lifetime Achievement Award was Ogilvy’s Piyush Pandey. There was no award presented for 2011 and 2012.

Sam Balsara, Chairman and MD, Madison World, shared his fond memories of Kapoor. "I remember Anil from our interactions. He has a strong and articulate view on virtually every subject related to advertising and collectively what we as an advertising family are standing for. He has made us aware of the useful contribution that advertising agencies play in building the ceonomy and keeping the wheels of the industry moving."

"I am very happy that Mr Kapoor is getting the award. He is the person behind my success as today I am part of the industry because of him. He convinced my father that I could join this industry, and that's how I came to be here," commented Punit Goenka, MD, Zee Entertainment Enterprises.

The same reverance came through from Nakul Chopra, CEO of Publicis South Asia. He said, "Anil Kapoor is close to being a legend for us. Not only has he created a great institution, but at the industry level his contribution has been tremendous. And it’s great that the industry has got together to felicitate him. Unfortunately I have never worked with him."

Kapoor is a Past President of AAAI, Chairman of the Audit Bureau of Circulation in 2007-08, and was also on the Management Board of the National Readership Survey and the Television Audience Measurement Research. He was also on the Editorial Advisory Board of The Economic Times. In May 2002, he was also inducted into Foote, Cone & Belding’s Worldwide Board.

Kapoor grew up in Delhi and graduated with a BA in English Literature from St. Stephen’s College, and then did his MBA from IIM-Ahmedabad.