zoOm debates the impact of falling rupee on Bollywood

The channel lines up an intense debate on 'Business of Bollywood' this Sunday at 7.30 pm 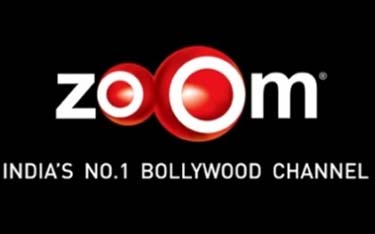 zoOm debates the impact of falling rupee on Bollywood

The channel lines up an intense debate on 'Business of Bollywood' this Sunday at 7.30 pm

With the weakening rupee and failing investor sentiment, what’s the impact on the Hindi film industry? That’s the big question on Business of Bollywood this week. The answer lies in the dynamics of movie business that is governed by multiple factors explored by a distinguished panel of guests on the show, this Sunday at 7.30pm on zoOm.

Amidst fears of more bad news on the economic front, filmmakers seem to have realized that the big picture isn’t all that gloomy after all. Guests on zoOm’s show Business of Bollywood’s special debate, made a compelling case for how the currency devaluation could mean a mixed bag for B-town.

While overseas travel, shoot and promotions would obviously pinch more, the returns on that investment through ticket sales automatically stands to fetch more.

"All factors of filmmaking like promotions or any kind of expenses made overseas or in foreign currency are going to get affected," warned COO of Viacom 18 Motion Pictures Ajit Andhare. But in the same breath he was also quick to dismiss these losses by pointing out towards the ability of Bollywood to become a form of escapism for the audience. "It is observed that in times of stress people usually find refuge in entertainment," Andhare declared.

Actor-turned-producer John Abraham who has produced films like ‘Vicky Donor’ and ‘Madras Café’ sounded a positive note saying, “Shooting at a foreign location has become difficult, but if you are getting overseas returns on your film then it is good because converting that amount into Indian Rupees will fetch more value now.”

Farhan Akhtar had an even more optimistic take. “On the recovery grounds you earn more than you invested since you are converting the dollars and the pounds into Indian rupees,” pointed out Farhan.

Meanwhile, concerns like foreign talent becoming more expensive were also met by positive views. “Foreign artists that the industry hires are paid in Indian rupees and not dollars, so the deal doesn’t really depend upon the increase or decrease of the dollar,” said recently turned producer, actor Dia Mirza.

So even as the Rupee continues its downslide, the cash-rich Bollywood industry that accounts for one of the biggest forms of entertainment across India’s diverse populace, seems adequately geared to battle this sudden economic change.

Tags: impact of falling rupee on Bollywood zoom business of bollywood
Advertisment
More from this section