Viacom 18 and Amagi pioneer micro-targeting of ads on TV

Hindustan Unilever will simultaneously run different ads in different regions on Nickelodeon, enabling it to micro-target the communication in each region through creative versioning 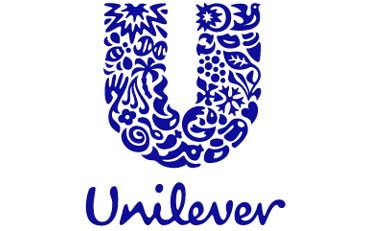 Viacom 18 and Amagi pioneer micro-targeting of ads on TV

Hindustan Unilever will simultaneously run different ads in different regions on Nickelodeon, enabling it to micro-target the communication in each region through creative versioning

In one of the biggest innovations in media, Viacom18 and Amagi Media have announced a revolutionary alliance to increase advertising effectiveness on television. In a day and age where geo-targeting is the way to go, the media industry can look forward to some cutting-edge advancements through Amagi’s technology.

Using Amagi’s DART technology platform, Viacom18 will enable Hindustan Unilever (HUL) to simultaneously run different television ads in different regions on Nickelodeon. This innovation will allow HUL to micro-target their communication in each region. Amagi calls this “creative-versioning” where different television creative in terms of product variant or a different creative rendition of the same advertiser is played in different regions on the same channel simultaneously.

Sudhanshu Vats, Group CEO, Viacom 18, said, “As a leading broadcaster, Viacom 18 has been pioneering several innovations and has been at the forefront of providing newer platforms for improved customer deliveries. This initiative further builds on our strategic thrust of sharper segmentation. We are pleased to partner with Amagi and Hindustan Unilever on this unique concept of micro-targeting.”

Srinivasan KA, Co-Founder, Amagi Media, said, “We are happy that we have been chosen as the partner to enable this innovation. This is the first time worldwide in television advertising that a single spot bought nationally has been used to communicate different brand messages in different regions. Such micro-targeting is going to be the future of television advertising.”

Amagi is a next-generation TV ad network that enables advertisers to target their spend effectively on television. Amagi works with over 15 television channels offering geo-targeting in over 100 cities and has more than 2,000 clients on its roster. Amagi has a strong international presence as well across Asia-Pacific, Europe and the Americas enabling international television networks to deliver localised feeds across geographies and reaching out to new geographies replacing satellite with Amagi’s cloud platform. Amagi was recently adjudged the second-fastest growing technology company in India by Deloitte Touche Tohmatsu.