To be launched in the next 15 days, the English entertainment channel will show both movies and serials in the romance and comedy genres 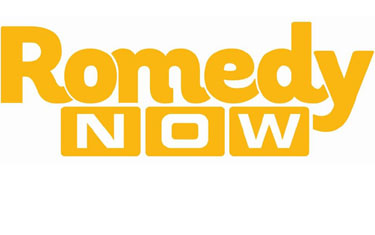 To be launched in the next 15 days, the English entertainment channel will show both movies and serials in the romance and comedy genres

Times Television Network has announced the launch of their newest product in the English entertainment space. Aptly named ‘Romedy Now’, the channel will showcase romantic and comedy movies from Hollywood. The channel is set for launch within the next 15 days.

The target audience for the new channel is the urban, upscale audience, both men and women, in the age group of 15-45 years. Romedy Now, with the brand identity of 'Love, Laugh, Live’, has been pegged as a 'one of a kind English entertainment channel with a unique blend of love and laughter'.

Sunil Lulla, Managing Director and CEO, Times Television Network, said, "We are excited to strengthen our footprint in the English entertainment category with this launch. Romedy Now addresses that section of the urban audience that boasts of high propensity to spend and who will welcome new and rejuvenated entertainment."

To blend the concepts of love and laughter, Romedy Now will be showcasing not just movies, but also series sourced from across the world. These will also include premium new content, yet to be launched abroad.

The English entertainment category in Indian television has grown by an astounding 98 per cent TVT. This includes both the reach of the category and the viewing time spent. With a reach of over 150 million television viewers on a monthly basis, it has a lot of scope for new players, feels Ajay Trigunayat, CEO, English Entertainment Channels, Times Television Network. He said, "We changed the game in the English Movie category by challenging the status quo with the launch of Movies Now in 2010. Extensive research has revealed that the audience is seeking highly differentiated and personalised content, and the identification of this ground-breaking shift in genres and the significant gap between behaviour and need has led to the conception of Romedy Now."

Times Television Network already has a reach in 45 countries. It plans to touch 75 countries by the end of this quarter and add to the 100 million viewers every month within India. The plan for Romedy Now fits in with the broader plan. They hope to launch it in the eight metros first and then expand to the one million plus towns. Accordingly, the channel will be available through cable (both analogue and digital), satellite and DTH. It would be available in both standard definition and high definition (Romedy Now Plus).

On promoting the channel, Trigunayat said, "We are the largest media group in the country. We will utilise the might of the Times Television Network and also the Times Group publications. We will also use radio (Mirchi) and the internet and mobile platforms of Times Internet. Times Television reaches about 100 million viewers across the country every month. I think that is enough to give us a reach of about 20 million viewers for Romedy Now, which is what we are looking for. Our emphasis is primarily on television and a lot of online. That is why we are using this language which becomes a chatter, a talking point, can go from SMS to SMS, Whatsapp to Whatsapp. So you will see a lot of 'awesome-joysome', 'freehugs' and 'happy like pappy' doing the rounds."

Harsh Sheth, Associate Business Head, Romedy Now, pointed out, “Romedy Now will be available as 2 PAY services, SD (standard definition) service which will be priced at Rs. 17.66 (Reference Interconnect Offer). HD being a premium service, will be priced at Rs. 149 a-la-carte. We are targeting to get across our key brand message, “Love, Laugh, Life” across every consumer touch point. There shall be a multimedia launch campaign with TV, Print, Radio & Internet being our primary media. Romedy Now shall be the biggest channel launch after Movies Now”.