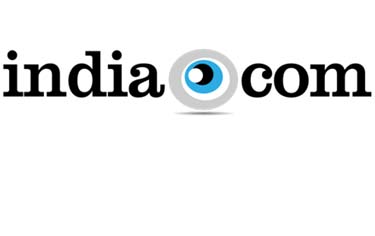 India.com, a Zee Entertainment initiative, launched in the USA with Bollywood fanfare at the 33rd India Day Parade in New York City recently. The parade, which is the largest gathering of the Indian community outside India, had more than 150,000 footfalls.

India.com built a 70ft replica of the Red Fort built in the 17th century by Moghul emperor Shah Jahan, who also built the Taj Mahal. Inside the fort, a royal red carpet welcomed the enthusiastic crowd and invited them to sign up for a new @india.com email ID. There were more than 40 Macintosh computers laid out on a glass table. The inside walls of the fort were decorated with images that defined India.com.  After registration, people went home with fun India.com freebies.

Other highlights of the parade included marching bands, over 40 floats, 100 food vendors, and the presence of actress Vidya Balan, anti-graft crusader Anna Hazare, South Indian movie stars Sharath Kumar and Radhika and the Prime Minister of Antigua. Comedy artist Sunil Thakkar was at his usual best in entertaining the crowds waiting to enter the ‘Red Fort’.

Sameer Targe, Business Head of ZEE Americas, said, “It was a very ambitious undertaking. It is well known that Manhattan is one of the toughest places to do any form of construction, let alone in the middle of Madison Avenue. We spent endless time getting permissions and various approvals from the city, right from DOB to NYPD; everybody looked at us as if we had gone insane. But we believed this was the best way to launch India.com in USA and in the end everything worked out as per plan. The launch was a big success and the site received tremendous response.”