TOI to close down Crest edition

BCCL decides to close down the much-liked weekend newspaper. July 20, 2013 will be the last edition of the Saturday broadsheet 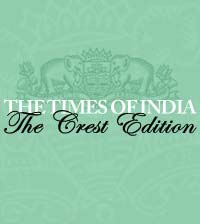 TOI to close down Crest edition

Bennett, Coleman & Co. Ltd has announced its decision to close down the much-liked weekend newspaper. July 20, 2013 will be the last edition of the Saturday broadsheet

Just when The Times of India is picking up steam for its 175th anniversary – an unparalleled milestone in Indian news publishing history – Bennett, Coleman & Co. Ltd has announced its decision to close down its much-liked and respected Crest Edition. July 20, 2013 will be the last edition of the Saturday broadsheet.

The TOI Crest Edition was launched in September 2009, as a weekend edition, a weeklong read. It was much admired for its quality.

At the time of filing this report, neither Rahul Kansal, CMO of Bennett, Coleman nor Jaideep Bose, Editor, could be reached.

BCCL is arguably India’s most profitable media house, and profitability has generally dictated the existence of most of its products. According to informed sources, lack of adequate advertsing support was a primary reason behind the decision on closing down the Crest Edition.

The Crest editorial team, according to these sources, has been informed that they will be absorbed within the group.

On September 26, 2009, TOI and Crest Edition Editor Jaideep Bose had written: “It has often been said that reading is to the mind what exercise is to the body. We read for different reasons — to be informed, to be educated, for pleasure, for peace of mind. Reading can quicken the pulse, equally it can soothe the soul. It provides answers, it provokes questions. Francis Bacon, the philosopher-scientist , said, ‘Reading maketh a full man.’ Which is perhaps why a sophisticated mind is both an object of desire and of envy.

“What role does a newspaper play in intellectual blossoming? It informs, it tries to educate, and it hopes to broaden horizons. Increasingly though, the media finds itself under attack for pandering to popular taste. As the world's largest-selling English newspaper, with a circulation of four million, The Times of India endeavours to address a rainbow coalition of interests and sensibilities. The paper packs in hundreds of stories every day so there's something of significance for everyone.”

The idea of launching a weekly newspaper to give news, analysis and opinion on various issues left untouched by a daily newspaper is nothing new to The Times Group. Starting off with The TOI-Illustrated Edition in 1880 – which later went on to become the Illustrated Weekly of India – the Times Group has always been at the forefront at giving readers an option to immerse themselves in long weekend reading covering a whole gamut of topics.