ITC’s Classmate creates a ‘Signature’ for the young child

Conceptualised by Rediffusion Y&R, the TVC illustrates the distinctive quotient of creating one’s own unique signature 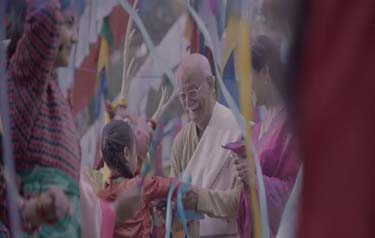 ITC’s Classmate creates a ‘Signature’ for the young child

Conceptualised by Rediffusion Y&R, the TVC illustrates the distinctive quotient of creating one’s own unique signature

ITC’s Classmate, an education and stationery brand, has launched a new television commercial with ‘Signature’ as the central theme. This is seen as the next logical step in the communication continuum to take forward the current brand campaign “Because you are one of a kind”. The TVC, conceptualised and created by Rediffusion Y&R, has been launched in two languages – Hindi and Tamil. While the Hindi TVC adorns lyrics penned by the legendary Gulzar, the Tamil TVC is embellished with lyrics written by six-time National Award winner Vairamuthu.

The TVC creatively amplifies a Signature/Dastkhat, which is as unique to an individual as the individual himself. Children around the age of 9-10 years seriously start interacting with a pen for almost the first time when they are allowed to use it in school and almost instantly start to secretly practise the creation of their signature which is the ultimate outward representation of his or her unique identity.It is almost the beginning of a new life stage – where the pen becomes a trusted honest companion, almost like an instrument of empowerment.

Karan Kumar, Marketing Manager, ITC’s Stationery Business, said, “Classmate has always endeavoured to recognise, nurture and celebrate the uniqueness of every child. We decided to take the concept of ‘uniqueness’ forward by exploring what is that one thing in every child that is the most obvious manifestation of his/her own uniqueness.”

Kumar further said, “The simple insight was that it was the way every child wrote his/her name, the unique signature that every child always wants to create, almost like a masterpiece, developed after many rounds of secret iterations that actually stood as an outward representation of every child’s uniqueness. It is this powerful simplicity of the child’s endeavour that we wanted to capture. We are proud and happy that we have worked with Gulzar and Vairamuthu, both extremely acclaimed writers, to capture the powerful yet innocent emotions of children during this pursuit in an extremely important life-stage.”

The film opens on Tara, a young everyday girl, growing up somewhere in the hills. Standing on the cusp of childhood and adolescence, Tara is earnestly trying to create her unique signature – an identity that represents her and her unique individuality. While at it, she's very protective, almost zealously guarding her various iterations from everyone around her; it is almost her own very secret which she wants to reveal only once she has masterfully crafted it. She finally finds her inspiration at the local community festival where the swirls of ribbons set against all the festivities inspire her to her final flourish.

Sam Ahmed, Chief Creative Officer and Vice-Chairman, Rediffusion Y&R, said, “A child discovering her own unique signature is perhaps one of the most important and earliest expressions of herself. And, since our brief was to amplify the Classmate brand positioning as the enabler of every child's uniqueness, we felt that this moment captured the brief beautifully. The idea is simple and at the same time universal in its appeal. It has great adaptability across languages and cultures.”

The theme campaign will be aired on July 2, 2013 comprising three commercials of 60, 40 and 30-second duration. The national television campaign will be supported extensively by digital and social media marketing; consumer activations and engagements, besides a slew of school connect programmes.