Hindi GEC Colors completed five years of its existence on Sunday, July 21, 2013. As the channel celebrates the milestone, Raj Nayak speaks to BestMediaInfo on what propelled Colors in very quick time to the top 4 club, the strategies behind the success and the future 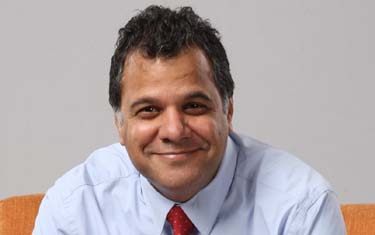 Hindi GEC Colors completed five years of its existence on Sunday, July 21, 2013. As the channel celebrates the milestone, Raj Nayak speaks to BestMediaInfo on what propelled Colors in very quick time to the top 4 club, the strategies behind the success and the future

How would you describe the mandate or content strategy, differentiators, of Colors to stand out in the highly competitive GEC market?

Colors as a brand is all inclusive, it has a unique strength where at one end we have ‘Balika Vadhu’ and the other end we have ‘Bigg Boss’ on the same platform and both are loved by viewers. Viewers perception of Colors has always been ‘expect the unexpected’, different, ‘away from the usual’. Internally, however, we have only one mantra for programming: be relevant and relatable. So, while we mount our shows on a scale, at the core we have to be rooted and connected to our consumers; as long as that is happening, any content piece will work.

Colors was the 11th channel in the Hindi GEC genre at the time of its launch. You crossed 100 GRPs in the 2nd week, became the No. 2 channel in the 10th week, crossed 300 GRP mark in 29th week, and broke the 10-year leadership of Star Plus in the 9th month. By any yardstick, that is very rapid growth. Would you attribute this to the big-bang content strategy in the initial weeks and months? Some of the early properties on Colors were among the most expensive at that time.

A lot of credit for this goes to the founding team at Colors led by Raghav Bahl, Vandana Malik, Sanjay Ray Choudhury (RayC), Haresh Chawla, Ashwini Yardi and my predecessor Rajesh Kamat.

In spite of being the 11th player to enter the arena, what was then considered an already crowded market, Colors launched into the market with the mindset of a leader. The team knew if they had to succeed they had to be different, not another me too and they needed to go all guns blazing. Thus was born differentiated content: shows like ‘Bhanwar’ telling true stories but in the garb of a family drama set in rural India, or our flagship show ‘Balika Vadhu’ beautifully telling the uplifting story of child bride, completely different from the urban Saas-Bahu shows at that time.

Breaking viewership habits was a challenge and therein the strategy to use a high-profile Bollywood star and strip a non-fiction show like ‘Khatron Ka Khiladi’ on weekday prime time. Besides other shows in different genres like mythology, etc., the offering was complimented with blockbuster Bollywood movies that worked as tent poles to drive in newer audience. This was supported by strong distribution and sound marketing. I think the combination of all these factors made it work.

In that sense I would say yes, it was a Big Bang overall strategy and it worked. It was a risk for sure but a calculated one, and fortunately for Colors it paid off.

Raj Nayak with Colors' team. Click on the image to enlarge.

Five years is not too long a time in the history of a channel. Taking off from the previous question, the channel did not take too long to become No. 1, and remained No. 1 for 22 consecutive weeks. Then you lost the leadership to Star Plus in March 2010. Even though Colors is a permanent member of the Top 4 club, it is not often that the channel has been able dislodge Star Plus thereafter. How do you explain this roller-coaster ride?

This is a very dynamic industry and there will be ups and downs and that's the nature of the beast. When the channel was launched the focus was on becoming No. 1, making a breakthrough in a cluttered environment. There is a premium for that and we paid for it. As the channel got established the focus shifted to profitability. Having said that, we have been a consistent No. 2 whole of last year and even dislodged Star and went on to become No. 1 for a few weeks. Right now it's a three-horse race between Star, Zee and Colors, and the scale can tilt in any direction. The real challenge for a brand is not just about reaching the top position but the ability to sustain. The way we see it, as long as we have the lion’s share of consumer mindspace, the ranking will favour us sooner or later. And the fact that we have been among the top 3 channels with consistent channel shares throughout is a testimony of the good work. In fact, the challenger status actually works to our advantage – it keeps us nimble footed, we are not afraid to experiment/innovate and there is no pressure to play safe.

Did Colors strategically target Star Plus and Zee, the two leaders, from the beginning?

By virtue of them being the top 3 channels in the genre, yes, we did target them; however, there was a conscious effort not to be a me-too channel. We consciously stayed away from ‘saas bahu sagas’ and did a social drama in Balika Vadhu. At a time when singing and dancing shows were booming we went with Fear Factor and Bigg Boss. Also, the differentiation was in all aspects – the first schedule for example had our biggest property Khatron Ke Khiladi pitched against the highest rated fiction shows at that time – ‘Kyunki…’ and ‘Kahani…’ on weekdays. In any genre it’s important that a brand has its own identity for it to succeed. Colors today is very distinct from every other player in the market and that’s our biggest brand strength.

Wasn’t too much dependence on a couple of big-ticket, costly shows the reason for the ratings fluctuations?

Well, the channel went on the become No. 1 and held on to that position for almost a year and is still at a striking distance of the market leader, so obviously the strategy to launch big-ticket shows has paid off.  Rating fluctuations are not unique to Colors. Every brand has a lifecycle and some lean patches do come, you have to endure these times and come back stronger. Fortunately, in Colors we have a brand which is very strong on both fiction and non-fiction, so a few misses don’t impact us as much as it would affect the other players.

What kind of distribution strategy did Colors follow to make the channel available across the country from day 1?

Since we were launching with all guns blazing and frontloading the content, we had to ensure that the channel was available everywhere on a par with the competition. There was no point investing in programming if the channel could not be seen. We had a very detailed network and market push strategy which ensured that we were available from day one, which was backed by sound aggressive marketing.

KKK has performed on the ratings front season after season. Currently, we have many top performing shows so we have given it a break. The moment we have the space and the right hook for the property, it will be back on Colors.

Bigg Boss has been running for 6 successful seasons and is now ready with the 7th season. What makes the show so consistent?

Bigg Boss is a social pressure cooker, it’s all about human emotions and characters, so as long as you have an interesting mix in the house the show will always garner eyeballs. Bigg Boss is not a show; it’s the biggest television event in the second part of the year. In terms of the buzz the property generates it could be compared to the buzz IPL generates in the first half. Also, what works for the show is that it goes way beyond television, it is the biggest show on digital platforms – it will always give you talking points and you would never be short of content on the property.

Bingo with Abhishek Bachchan took Colors to a massive 365 GRPs! Yet Bingo never came back.

Yes, Bingo opened very well but didn’t sustain, the game play on the show was a little complex for Indian sensibilities. Game shows are interesting, and if we get an interesting format, we would try it.

The channel came back strongly in December 2012 to regain the No. 1 position, riding on shows like Bigg Boss and a couple of fiction shows. Bigg Boss ended and the other shows fell gradually, pulling the channel back to No. 2 or 3. Do you have any strategy/plan to break this trend?

I wouldn’t pay too much importance on weekly ups and downs. While No. 1 did excite us, we need to try harder and be more consistent. We are in a strong position currently and growing; so long as we continue to deliver good content, ranking will happen.

Recent viewership data show that the channel is going through a poor phase in its fiction shows. Are you toying with the option of discontinuing shows like Balika Vadhu which seems to have lost steam?

Balika Vadhu is amongst the top three shows on the channel and is going very strong. Anandi as a character has been consistently featuring in top recall scores across studies. Let’s not evaluate properties by the number of years they have been around but by the viewer connect they possess. As long as we have that we will continue with the property.

Don’t you think that the channel needs to experiment more rather than interminably stretching shows like Balika Vadhu and Uttaran for 5 years? There is a lot of discussion that the era of unending Saas-Bahu soaps such as Kahani Ghar Ghar Ki that ran for over 7 years is over?

We are experimenting while our star performers Balika, Uttaran and Simar continue to be strong, our new crop – Madhubala and more recently Pammi – have all been different from the regular Saas-Bahu stuff.

Like abroad, why don’t channels in India want to come out of their comfort zone and offer various options with limited period shows?

‘24’ with Anil Kapoor is a step in that direction and soon you will see more of this.

Given the achievements and some hiccups of the last 5 years, what will be the content strategy/format in the near future?

While we will be true to our core in terms of entertainment with differentiation and variety, the one thing that will take us to level 2 will be ‘thought leadership’ in every area of our business, be it content, production, marketing and even sales & acquisition.

How difficult would it be to maintain P/L in the 10+2 minutes ad cap regime despite hiking the ad rates by 30 per cent?

Any new initiative has some teething troubles, and in the short-term there will be some pain. This initiative is good for the industry, and in the long run will benefit everyone. We are gearing up for the challenge; hopefully we will get our due in terms of increased ad rates to mitigate the revenue shortfall due to reduction in the overall inventory.