Sudha Natrajan and Raghav Subramanian take a close look at the key issues behind the ratings controversy and suggest innovative ways to resolve the stalemate. For one, TAM should shift to the New Consumer Classification System instead of sticking to the old SEC 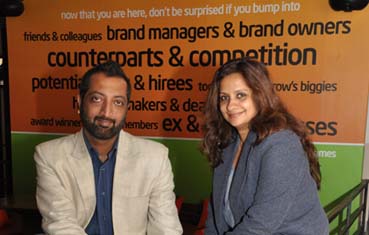 Sudha Natrajan and Raghav Subramanian, media veterans and Co-founders The Media Consultants (TMC), take a close look at the key issues behind the ratings controversy and suggest innovative ways to resolve the stalemate. For one, TAM should shift to the New Consumer Classification System (NCCS) instead of sticking to the old SEC

The adage ‘Rome was not built in a day’ could not have been truer today, when the media, advertising and marketing industry in India is grappling with its worst crisis ever. But in the same breath, we would like to quickly add that the British adage ‘a stitch in time saves nine’ is also very critical at this juncture. TV audience measurement in India has been going through a crisis for a long time now with the issue reaching a crescendo this year. We are probably the only country which invests Rs 30,000-odd crore in a year on the basis of data provided by a supplier who is not subject to any audit and process regulation as decisions in the area of research and commerce are vested with the same set of people. The entire structure would have to change on the lines of models in other countries.

While a step in the right direction has been taken with the Broadcast Audience Research Council (BARC), which is a Joint Industry Board comprising advertisers, broadcasters and agencies, beginning its work, we are still many moons away from a better alternative. Till then we will have to make do with what we have. And what we have has been assumed gold standard so far. Does not deserve to be junked, just needs a bit more accountability and inclusive of all stakeholders.

Broadcasters pushing for monthly reporting may be a very myopic view of the larger problem. This is regressive and defeats the purpose of apple to apple comparison between the channels. It also derails the purpose of using a TV audience measurement system. There are other short and medium-term solutions to be evaluated before resigning to something drastic.

The common complaints which broadcasters, advertisers and agencies have had with TAM are as follows:

Given that the objective of this article is to talk about short and medium-term changes which TAM can make to keep all its users happy, increasing sample is an extremely long-term option and not viable this financial year.

The solution to this is to go back and get a reality check on DAS implementation and restructure the current sample to restore balance and to limit viewership fluctuation.

It is imperative for users to realise that TVR has a very strong correlation to sample and universe. For example, the relative error of estimate for the TG Female 25+ SEC ABC is 20.4% which means a potential rating fluctuation of 20.4% in Mumbai; this number goes up to 75% in case of LC1 in Maharashtra. This kind of fluctuation has had a direct impact on the performance of many channels in recent months which has irked the broadcasters. Inclusion of LC1 until the peoplemeters and sample size increases is not a viable option. Our view would be for TAM to remove LC1 reporting for the time being.

These were the short-term suggestions to get the system going again. There is a medium-term solution which should be implemented at the earliest.

We are of the opinion that TAM should shift to the New Consumer Classification System (NCCS) instead of sticking to the old SEC. TAM’s 2012 baseline study must have captured the education of the CWE and the ownership of a set of predetermined durables to move into the NCCS. Clearly the NCCS represents niche/special content channels better than the current SEC which would then end the need for TVR (‘000) and the need for better representation of data. The chart below shows how genres that have before been negligible have now seen a big increase based on NCCS.

Frequency channels will benefit a whole lot from this and the gap between GEC and other genres will narrow down. Brands on the other hand will start to relook their audience as IRS alone will not be able to do this. The wake-up call comes when the TV investment gets impacted.

(This article represents the views of TMC – The Media Consultants. You can reach us at Raghav@tmccorp.in or Sudha@tmccorp.in)