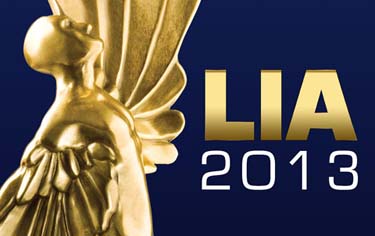 Prasoon Joshi, President South Asia of McCann Worldgroup, Mumbai, will sit on the

Barbara Levy, President of LIA, said of the appointments, “It is a reflection of the great creative work that consistently emerges from India that we have appointed Indian Jury members across such a broad spectrum of media. To have the honour to have some of the most highly ranked Creative Officers of India’s most awarded creative businesses is something that we are extremely proud of, and is in keeping with our commitment to have the world’s most creative work judged by the world’s most creative people. We look forward to welcoming them and working with them in Las Vegas.”

The complete LIA Jury can be viewed on the website: www.liaawards.com. The LIA Call for Entry Deadline is currently July 15, 2013.

The 28th LIA Awards judging and ‘Creative Conversations’ will take place from October 4 to 12 in Las Vegas.

LIA has established itself as a revolutionary global competition, celebrating creativity, the power of ideas and new technology in all forms of Advertising, Digital and Design. Launched in 1986 with a mission to be different, LIA was the first truly international award, accepting entries in Television, Print and Radio media from around the world. LIA now accepts entries into thirteen unique media types.

LIA Educational Initiative: In 2012, LIA launched the Junior 'Creative Conversations' programme targeted at Young Creative’s from around the globe. As a way to give back to the industry, LIA coordinated a week of seminars, conversations, lunches and dinners that were educational and stimulated discussions around the future of Advertising. The entire initiative, including travel, meals and hotel expenses, was fully funded by LIA.

In 2013, 'Creative Conversations' will once again take place at Wynn/Encore, Las Vegas during the week of the LIA Judging Sessions. Seventy carefully selected Junior Creatives from around the globe will attend this intimate, invitation-only event.