Ojha will be based in Delhi and report to Shailesh Kumar, CEO, News Nation 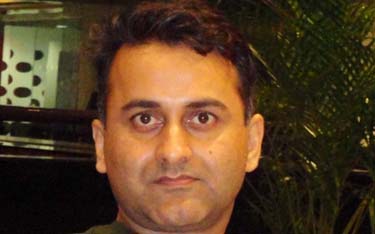 Ojha will be based in Delhi and report to Shailesh Kumar, CEO, News Nation

News Nation, the latest national Hindi news channel on the block, has appointed Abhay Ojha as Senior Vice-President and National Head of Sales and Marketing. His portfolio also includes media research and media operations. Ojha will be based in Delhi and report to Shailesh Kumar, CEO, News Nation.

Ojha confirmed the development to BestMediaInfo.com.

In a career spanning 15 years, Ojha has headed the sales function in both National and Regional channels. Prior to joining News Nation, he was VP – Sales with TV9 Group run by Hyderabad-based Associated Broadcasting Company (ABCL) where he spent close to one and a half years.

Ojha started his career with TV Today Network in February 1999 where he spent more than eight years and rose to become Senior Manager – Ad Sales. He moved to IBN7 in 2007 and spent four years as AVP handling sales functions for IBN7. After working with National channels for over 12 years, Ojha moved to the regional space as National Sales Head at RBNL’s Big Magic, from where he went to TV9.