Pushed to a corner by broadcasters, the embattled TAM boss says: “This is an absolutely false claim! Let the broadcasters give one example of TAM not having responded to their queries because ultimately they are our clients” 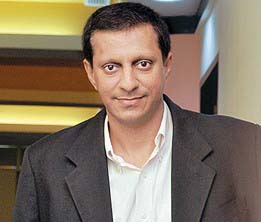 Pushed to a corner by broadcasters, the embattled TAM boss says: “This is an absolutely false claim! Let the broadcasters give one example of TAM not having responded to their queries because ultimately they are our clients”

What is your first reaction on the withdrawal of subscription by so many channels at one go?

Even as there were issues, we were unaware of such an action coming. We responded to every query received by us. So we are really perplexed to see this kind of reaction. The way to resolve it was to come to the table and give us a certain time to come up with a solution. The problem is that nobody is coming back and saying that these are the three or four issues they have that need to be deliberated upon. Many people have said that the methodology is wrong or TAM is not transparent enough or TAM is not working with the industry body. But on all these three counts, nobody has actually pointed out what is wrong with the methodology and how it needs to be corrected. In fact, the entire documentation on methodology has been made public. The second aspect is transparency. Our entire process is documented and we have put it put on our website.

We want the industry to wake up and see the facts. Why don’t they create a committee just like they did during the DAS implementation phase when IBF, ISA and AAAI created a Core Industry Committee to work with TAM to achieve the process to be followed before the data came out? So, all it takes for the industry if they have any issue with TAM is to form a committee to introspect TAM from the top to the bottom and see if they can arrive at a solution. This kind of aggressive stand is not going to help anybody.

Broadcasters complain that their concerns and complaints have not been responded in a way it should have been besides the serious fluctuation in the data which have forced them to take such an extreme step. How do you respond to these accusations?

This is an absolutely false claim! Let the broadcasters give one example of TAM not having responded to their queries because ultimately they are our clients. We don’t make our clients’ issues and our responses public. The fact is that we have helped every broadcaster to understand the data and resolved their queries. There may be a possibility that some of our answers may not have been liked by broadcasters but there has not been a single issue of TAM not responding to any complaint.

Will TAM continue to report the data for the channels that have withdrawn their subscription?

It depends upon our parent companies, how they take a call on this. From our perspective, the show will go on and the data will come out.

Do you think the timing of the decision has anything to do with 10+2 ad cap?

10+2 ad cap will result in more time spent on content which will increase the viewers’ engagement and ultimately yield better ratings. It is a separate matter whether the viewers will like their content or not. But I don’t think blacking out the data will help the broadcasters in any way. By stopping the TAM subscription, they will not be able to understand how the viewers are receiving their content with lesser advertising. In my view, if 10+2 ad cap is one of the reasons behind their decision, I think this is an absurd reason.

Do you relate BARC issuing RFP with the broadcasters withdrawing from TAM considering that they have both happened on the same day?

RFP is a result of RFI and TAM is also a party to it. And I don’t see any relation between these two. However, you are free to read between the lines!

Do you think BARC will be free of such problems?

Frankly, all ratings systems have issues like small sample size, fluctuations in data and impact of changing environment. No system in the world is free from such problems. The object is to address those issues and for this every stakeholder needs to come together for a positive outcome.

What will happen to subscription revenue stream of TAM?

Obviously it will come down and financially it is a blow.

So, if all broadcasters are united against TAM, what’s the way ahead?

They are the media houses. They own the majority voice in the marketplace. So the 10 broadcasters will have bigger voice than one TAM. The question does not arise about fighting with them.

Has the overdependence on TAM data created a faulty ecosystem?

People get very emotional about data in this country. We are just saying that this is how a channel stands in terms of popularity. But that doesn’t mean that you shouldn’t do any other research to substantiate TAM data. Like BBC also conducts PAC surveys and Cartoon Network and Doordarshan do their own studies. So, when there is so much research options available, it’s up to broadcasters to use which at a given point of time. Why only focus on TAM as if it’s the only available research in the marketplace? I see it as a lack of maturity. Having gone through all these phases, probably a couple of years down the line we will be more mature to understand the use of research data.

Is it the end of the road for TAM with the evolution of BARC and do you regret for not doing enough to meet the industry’s expectations?

We have never stopped expanding. We had about 3,400 people meters about five years back and now we have 9,500 meters. If we would have been dependent only on our own funding, we would not have gone so far. We have done what we could have done step by step with the given revenue stream. So, from our perspective, there is no regret as such. For client servicing also, we have a 50-people team to ensure none of the queries go unanswered.

If you talk about the desired 25,000 people meters, that would have also been an achievable target over the course of time. When we expanded recently to LC1 markets, people started saying why did you expand as the ratings in those markets are comparatively lower. When we had 3,400 meters, there were demands for 10,000 meters and that was not possible overnight, so we reached that level over a certain period of time. We started measuring digital in 2007 and now we measure terrestrial and cable – both analog and digital. We smoothly moved from analog to digital recently. There are so many things that have happened but nobody talks about them. All they talk about is that some broadcasters have complained.

How tough was your experience as a CEO of TAM Media Research?

To head any research organisation which involves multiple stakeholders/industry is not an easy task, be it TAM, MRUC or BARC or any other agency in the future.