They are joining as Group Creative Directors from JWT and are a highly awarded creative team, including a Cannes Gold Lion 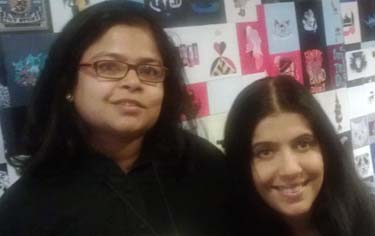 They are joining as Group Creative Directors from JWT and are a highly awarded creative team, including a Cannes Gold Lion

Cheil Worldwide SW Asia (Cheil India) today announced an expansion of its team. The agency has brought in Anupama Ramaswamy and Simran Sahni as Group Creative Directors. The much-awarded duo has moved from JWT where both were working as Senior Creative Directors.

The announcement comes close on the heels of Cheil’s celebration of its 40th anniversary where it unveiled a new corporate identity – ‘Ideas that move’ – to reflect its vision.

Hari Krishnan, COO, Cheil Worldwide SW Asia, said, “The creative bar is raised at Cheil across the globe. Our aim is to populate the organisation with top quality talent who will make a difference and contribute to our global wins. We are fortunate to have on board a talented set of people who are passionate about creating ideas that traverse effortlessly across mediums and consumer touchpoints. They all bring to the table the right mindset to integrate, which is rare in most agencies today. I am sure with these bright stars joining us the right energy will be created and exchanged within Cheil to deliver exceptional work for our clients.”

At JWT, Ramaswamy was Senior Creative Director and she had worked on Nokia, Frito Lays (Lays and Cheetos) and Boost. She was the only Indian on the One Show Jury selected to judge the 37th Annual One Show, One Show Design and One Show Interactive Awards in 2012.

Simran Sahni was also Senior Creative Director at JWT, and was involved with Nokia, PepsiCo – Lays and Boost. She comes with more than a decade’s experience having worked with Bates, Lowe and Wunderman Cato Johnson. Her career brands include Nokia, Times Property, Emaar, Dabur, Joyco,, Greenply, LG, Woodland, Maruti, Teacher’s, Dr. Morepen, Catch Clear, Airtel, Lifespring, Electrolux and Pergo. She has been recognized for her work both in India as well as internationally, including a Cannes Gold Fujifilm’s print campaign.