Prior to this, Bangara was MD of the digital business at Disney UTV 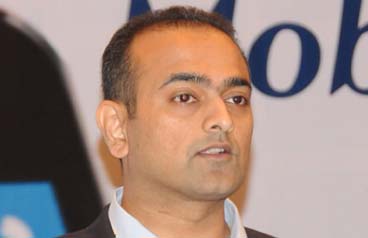 Prior to this, Bangara was MD of the digital business at Disney UTV

The board of Qyuki Digital Media has announced the appointment of Samir Bangara as Managing Director and CEO, succeeding Poonacha Machaiah. Bangara will assume his new role from June 3, 2013.

“More than track record in building companies, what is important to me and AR Rahman is that the goals and dreams of people that join our endeavour are equal to ours. We welcome Samir in joining us both as part of the founding team, confident of his commitment, aspirations, desire and ability to venture with us beyond what individually we are capable of,” said Shekhar Kapur.

“We at Qyuki are indebted to Poonacha for being able to take the broadest of visions of AR Rahman and myself. Thank you Poonacha for being an integral part of our dream and giving it form and structure, based on which we are able to drive our goals forward today,” said Kapur.

“Unlocking the creative potential of India is an incredibly compelling idea.  I was in the midst of starting my own venture focussed on this when I met Shekhar. The ability to partner Shekhar Kapur and AR Rahman and coming aboard Qyuki added terrific synergies to my own ambitions and propel them to the next level,” said Bangara.

“Any startup in this space is like sailing into the high seas with sails being ripped by uncertain storms. Poonacha has been a great captain at the helm and kept the ship steady and on course. He will be missed and we wish him luck” said AR Rahman.

Qyuki has built a new media platform that enables seamless collaboration across social communities, networks and devices. Cisco is one of the key early investors in the company.