With an experience of over 17 years in FMCG and media, Andhare has been CEO of Colosceum Media since 2007, a venture that he founded along with Capital18 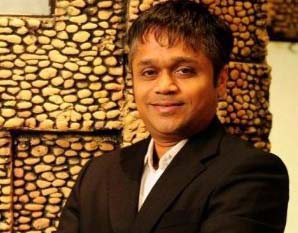 With an experience of over 17 years in FMCG and media, Andhare has been CEO of Colosceum Media since 2007, a venture that he founded along with Capital18

Andhare replaces Vikram Malhotra who put in his papers some time back to pursue his entrepreneurial interests.

Vats said, “In Ajit we’ve found the right leader to drive Viacom18 Motion Pictures to the next level of growth and profitability. His passion for films coupled with his education and experience across varied fields like engineering, marketing and creative production give him the edge to build a business that would become a benchmark in the industry.”

With an experience of over 17 years in FMCG and media, Andhare has been CEO of Colosceum Media since 2007, a venture that he founded along with Capital18. Colosceum is today a leading media content development and production company, having produced some of the very successful TV franchises like MTV Roadies and MTV Splitsvilla and Jai Shri Krishna for Viacom18, Wheel Smart Shrimati for Unilever and Master Chef India series for Star India.

Prior to setting up Colosceum, Andhare worked with Unilever in India and Asia Pacific region for over 12 years across sales, general management and marketing roles.

Speaking on his appointment, Andhare commented, “The fundamentals of the motion picture business in India are improving with growth in digital distribution, multiplex screens, emerging digital platforms and above all success of high content cinema. It's a great opportunity to lead one of the country's premier studios recognised for its distinguished work in this exciting context.”

Over the last two years, Viacom18 Motion Pictures has had hits like 'Tanu Weds Manu', 'Pyaar Ka Punchnama', 'Shaitan'; and superhits like 'Kahaani', 'Gangs of Wasseypur', 'OMG - Oh My God!', 'Son of Sardaar' and the recently released 'Special 26' and 'Saheb Biwi Gangster Returns'.

Through its strategic alliance with Paramount Pictures, Viacom18 Motion Pictures also released some of the biggest Hollywood grosses in India, like 'Transformers: Dark of the Moon' and 'Mission: Impossible Ghost Protocol'.

2013 started on a great note for Viacom18 Motion Pictures with the studio sweeping all film awards with ‘Kahaani’ and ‘Gangs of Wasseypur’ and also notching up an impressive tally of five National Awards announced recently. The year looks even more promising with an impressive line-up of movies like ‘Chashmebadoor’, ‘Bhag Milkha Bhag’, ‘Madras Café’ and ‘Boss’ to name some.