The seven-part television campaign, conceptualised by DraftfcbUlka, highlights simple slice of life situations with a with a signoff line that says ‘So are you on the network that’s everywhere?’ 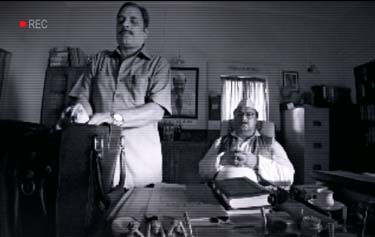 The seven-part television campaign, conceptualised by DraftfcbUlka, highlights simple slice of life situations with a with a signoff line that says ‘So are you on the network that’s everywhere?’

Tata Docomo has launched a set of new TVCs as part of its IPL campaign. Starting January, Tata Docomo has been talking about the inherent advantages of the data network they have built up. Building on this thought, the IPL campaign talks about all the services different companies/brands deliver to their consumers relying on the Tata Docomo network.

The communication intent was to highlight the role the telecom network plays in myriad things a consumer does as part of his daily life. From ordering a pizza to taking cash out of a bank account, from online shopping to job-switching, there are several ways in which a reliable network connectivity plays a critical role.

The creative idea that DraftfcbUlka has come up with is to feature simple slice of life situations where someone either experiences a particular service or goes through an event which establishes the context of Tata Docomo’s network being used. In other words, whenever somebody enjoys a pizza or draws out money from an ATM or buys something online, one is reminded of the Tata Docomo network because it plays a significant role in the delivery of that service.

In the TVCs the Tata Docomo signature tune has been used as a device to indicate the presence of the brand in the service being shown. Like in one of the films, there is a man who wakes up in the middle of the night and sneaks out to the kitchen to have a bite of a pizza, but every time he bites and chews on the pizza, it makes the sound of the Tata Docomo tune. It’s followed with the message: ‘Whenever you are enjoying your pizza, think of us, because leading pizza delivery chains use the Tata Docomo network.’ The film ends with a signoff line that says: ‘So are you on the network that’s everywhere?’

KS Chakravarthy ‘Chax’, National Creative Director, DraftfcbUlka, said, "Though our network scores are quite healthy, doubts on basic connectivity is the biggest hurdle to switching from your operator – what if the new one is worse than my current one? This campaign addresses that in the simplest way possible – when practically everything you do runs on our network already, what’s to lose by switching to the fairest, most transparent service around? And, of course, the signature tune is the core creative device – so not only is the brand right there in the thick of action, by its very character through the use of the ‘do, do, do’ tune lightens the story, making it playful, not pompous."

Ritesh Ghosal, Head - Brand Marketing, Tata Docomo, added, “People experience a telecom network through its absence rather than presence. The challenge for us is to get people to notice the network in action and this is where this campaign brief emanated from.”

There are seven TVCs which have been shot on different corridors of enterprise businesses that depend on Tata Docomo. The corridors are Pizza Chains, Online shopping, news channels, job portals, hospitals, banks and insurance companies. In the current phase, only four TVCs have been released and the remaining three are slated for release in a couple of weeks. The television campaign is being supported by a host of communication elements on surround media like OOH, retail and digital platforms.