Cheyfitz is recognised as a leading expert in the profitable use of content to extend brands, win customers, create loyalty and build sales 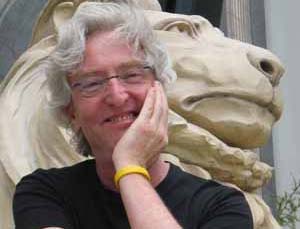 Cheyfitz is recognised as a leading expert in the profitable use of content to extend brands, win customers, create loyalty and build sales

New York Festivals International Advertising Awards has announced Kirk Cheyfitz, Global CEO & Chief Storyteller, Story Worldwide, will moderate New York Festivals 2013 Executive Jury. As moderator, Cheyfitz will guide the proceedings of the world's largest gathering of worldwide chief creative officers ever to judge an advertising competition. Unlike other competitions, the NYFA Executive Jury does not elect a chairman or president – all members are of equal status.

This is the third year in a row that NYF has brought together 31 of the world’s most prominent creative executives to select the World’s Best Advertising, in addition to 275 Grand Jury members,” said Jim Smyth, CEO, International Awards Group. “Kirk’s experience with people from all walks of life combined with his commitment to the art and commerce of advertising make him the ideal moderator for this impressive jury.”

Cheyfitz, an award-winning journalist, author, editor, publisher and innovator in non-traditional marketing and custom-created content, began his career as a journalist in Detroit, USA. He has had a prominent career as editor and/or president of five major titles, including Chicago magazine. Cheyfitz was a Pulitzer Prize finalist for his investigative reporting at the ‘Detroit Free Press’ and winner of the Society of Professional Journalists’ prestigious Sigma Delta Chi Bronze Medallion for investigative reporting.

As Global CEO and Chief Storyteller of Story Worldwide, Cheyfitz is recognised as a leading expert in the profitable use of content to extend brands, win customers, create loyalty and build sales. Cheyfitz’s storied past led him to spend an evening with Fidel Castro while accompanying the late Senator Eugene McCarthy on an official mission to Cuba to discuss the future of tourism, open for folk/country-rock singer Emmylou Harris, and run bases in his youth for a US senator with a bad back named Jack Kennedy. He leads Story Worldwide, whose philosophy is connecting brands to customers by telling engaging and entertaining stories that audiences actually want to hear.

As Executive jury Moderator, Cheyfitz will lead the New York Festivals Executive Jury through 5 days of judging in New York City, the world capital of advertising. Together, though 5 rounds of judging, the Executive Jury will evaluate every shortlisted entry selected by the online Grand Jury, across all mediums, using NYF’s patent pending revolutionary Matrix Scoring System to select the World’s Best Advertising®.

Award-winning entries will be announced at the New York Show awards presentation on Thursday, May 2, 2013. The New York Show, a two-day series of creative events, will take place at the landmark New York Public Library's Beaux-Arts building, located at 455 Fifth Avenue, at 42nd Street in New York City. Festivities will be held on Wednesday and Thursday, May 1 and 2, and includes the Executive Jury Press Conference, keynote speakers, creative panel discussions, networking events, and exhibits of the Shortlisted work. Thursday evening features the 2013 New York Show awards ceremony and after-party to honor the winners in true New York style.