Post digitisation, there are clear signs that the traditional leaders in the News genre are facing the heat as Week 12 was dominated by NDTV 24x7 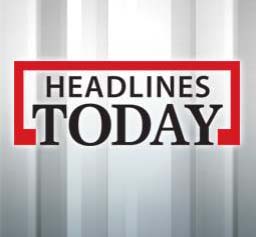 Post digitisation, there are clear signs that the traditional leaders in the News genre are facing the heat as Week 12 was dominated by NDTV 24x7

With the impact of digitisation gradually showing, the television News genre is beginning to show signs of churn. Headlines Today, riding on steady growth over the last 12 months, has finally tasted leadership position in the six metro markets in the core TG CS M AB 25+ years. According to TAM data for Week 13 sourced from the channel, Headlines Today is sharing the No. 1 position with Times Now with 26 per cent market share followed by NDTV 24x7 with 22 per cent and CNN-IBN with 19 per cent. Headlines Today, which had a market share of 8-10 per cent at the beginning of 2012, has benefited in a big way post digitisation.

In fact, the English News genre has been a dynamic space since Week 1 of TAM 2013. Even the fortunes of NDTV 24x7 have been more exciting post digitisation. Week 12 of TAM 2013 was surprisingly dominated by NDTV 24x7 with 37 per cent market share followed by Times Now, Headlines Today and CNN-IBN, in that order.

According to Headlines Today, its constant innovation in the form of new shows and programming content has enabled its steady growth. Its ‘Right to be Heard’ campaign also helped close the gap with the competition, catapulting the channel to No. 2 in Week 11 and joint No. 1 in Week 13. For the record, the ‘Right to be Heard’ programme from Townhall on Saturdays at 9 PM has registered upto 80 per cent market share. Besides, the channel claims that the number of programmes in the top 100 has doubled to 24 in Week 13, 2013 compared with the number of programmes in Weeks 1-12, 2013.

Ashish Bagga, Group CEO, India Today, said, “It is our constant endeavour to produce content which is viewer centric and the rating would follow. It is a matter of great pride and honour for us as our efforts have been rewarded. This is a benchmark for us and we are hopeful of achieving greater heights with our viewer-led content in the future.”

The channel claims that keeping the viewer at the centre has paid dividends. It has raised the bar in news reporting by taking up people’s causes and helping bring change in society. Headlines Today continues to keep its promise of delivering unbiased, exclusive content telling stories without fear or favour. The news channel’s investigations like the Robert Vadra Land Files, the Killing of innocent Tamils in Lanka, the Farm Loan Waiver scam, to name a few, have gained recognition from peers and has fulfilled the objective of keeping ‘You Matter’ at the heart of their stories.

The channel also claims it has among the fastest turnarounds for long format shows, churning out high quality, relevant half-hour specials which have won it numerous awards. Its investigation of Punjab’s drug problem and of sea routes which remain vulnerable to terror have served as wake-up calls for the nation.

“The channel also emerged on top during breaking news events like the Hyderabad blasts and is the undisputed choice of viewers when it matters most, such as of the coverage on Republic Day or primetime coverage of the Union Budget,” the channel has said in a statement.