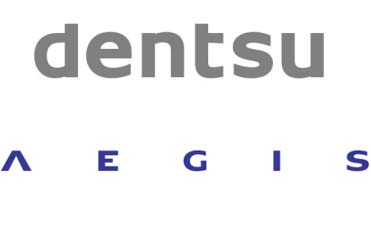 Dentsu Inc. has announced the completion of the acquisition of Aegis Group plc, a process that was initiated on July 12, 2012 and approved at Aegis’s shareholder meetings on August 16, 2012. All the network companies that comprised the former Aegis Group (Carat, iProspect, Isobar, Posterscope, Vizeum and Aztec) will continue their operations within the Dentsu Group under the Aegis Media banner.

The expanded Dentsu Group now has a presence in 110 countries, and employs more than 36,000 professionals across the globe. It will also be number one in the Asia Pacific region, the fastest growing agency group in North America, a truly scaled operator in Europe and, as of now, the only global network built in and for the digital age.

“We are delighted that this transformative deal has been completed,” said Dentsu President & CEO Tadashi Ishii. “The addition of Aegis represents a massive step toward realising our vision of a client-centric, collaborative global network of the best-in-class brand, digital and media agencies. We look forward to the value this will add to our clients’ businesses, wherever they may be, and look forward to growing with them as their partner of choice.”

“I am very happy to welcome Jerry Buhlmann, the executive team, and all the employees of Aegis Media worldwide to Dentsu,” said Andree. “This is called the ‘closing’ of the deal but it really is the beginning. Our complementary geographic and product portfolios, as well as the strong positive chemistry that is rooted in our shared values, can only result in more and better ways to collaborate and serve our respective clients and their businesses around the world.”

Aegis Media and Dentsu Aegis Network CEO Jerry Buhlmann added, “In joining forces with Dentsu, Japan’s leading advertising group, we have created the world’s first truly global communications network with the ability to deliver integrated and specialist services that add real value to our clients’ businesses in a transforming market. We are looking forward to working with our new colleagues at Dentsu.”

The Dentsu Group has formulated an action plan that will lead to an enhanced revenue structure and competitive advantage through the synergies derived from integrated product offerings and collaborative business development. Going forward, the group will continue to invest in its business and make acquisitions that will drive further growth.