Premiering March 18 at 10 PM, the weekday show is a Hindi remake of the hit Bengali serial ‘Khela’ 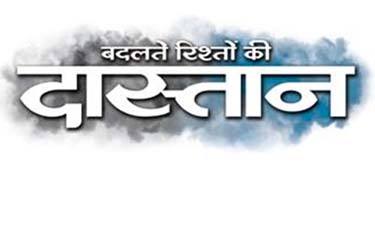 Premiering March 18 at 10 PM, the weekday show is a Hindi remake of the hit Bengali serial ‘Khela’

Zee TV is set to launch yet another gripping saga, ‘Badalte Rishton Ki Daastan’. The show is a remake of the hit Bengali show, ‘Khela’ (Game), which was on air on Zee Bangla about a decade ago. It was an overwhelming success and was the No. 1 show across all Bengali GECs. It is remembered even today in Bengali households for its gripping narrative and brilliant characterisation.

Premiering on March 18, the show will air every Monday to Friday at 10 PM. Produced by Ravi Ojha Production Enterprises, the story traces the lives of two contrasting women who unite to fight a highly exploitative and extremely rigid patriarchal household. It will bring two of Indian television’s most adored faces together for the very first time, Sanjeeda Sheikh and Additi Gupta. Playing the role of the formidable patriarch is the versatile actor, Kiran Karmarkar.

The vivacious Sanjeeda Sheikh will be seen in a very bohemian avatar as Meera who is a free spirited independent girl living in picturesque Shimla. Nandini is a duty-bound wife who is coping with the biggest loss and the biggest lie of her life. The gorgeous Additi Gupta will be playing the role of Nandini. Balraj, the man who will wreck havoc in the lives of these two women and will go to any lengths for a male heir, will be essayed by Kiran Karmarkar. Abhinav Shukla will play the male lead, Annirudh. The show will also see Mona Ambegaonkar as the very affectionate and caring head of the household, Biji, along with Tanushree Kaushal, Abhaas Mehta and Chaitanya Chowdhry in pivotal roles.

Ajay Bhalwankar, Content Head (Hindi GECs), Zee Entertainment Enterprises, said, “There’s nothing more fragile in this world today than relationships. The course of one’s entire life is defined by the relationships one enjoys or is forced to endure due to circumstances.  ‘Badalte Rishton Ki Daastan’ will offer fresh insights into the dynamics of a relationship that one woman will forge with another when a tragic blow of destiny will compel them to cross paths with each other. It is a complete pot-boiler which is very pulp fiction like in terms of its treatment. The viewers will see a family set-up that has never been portrayed on Indian television before.”

“For the first time, the saas or mother-in-law who is the well-established villain in every GEC show will take a backseat and the father-in-law will be the monster in disguise. The show will be high on drama, intensity and intrigue. It’s a mature show that will grip viewers from the very first episode. It is producer Mitali Bhattacharya’s first with us and we have a very impressive star cast,” he added.

Mitali Bhattacharya, Producer of the show, commented, “Badalte Rishton Ki Daastan does not follow the usual drama where a woman is a woman’s worst enemy. Nandini and Meera, the two protagonists of the show, realise that they are both victims. They join hands and fight against a bigger enemy, a ruthless patriarch. It is his ruthlessness and domination that attempts to make puppets of all the members of his family…and the way they accept or rebel makes Badalte Rishton Ki Daastan more of a family saga. This family is a family full of secrets, intrigue and deceit. The show is going to be bold and dramatic and sweeping in its storytelling thus making it a story of women power.”

The channel has lined up an extensive marketing plan to promote this primetime property which includes print, television, cable and DTH. Interesting innovations have been lined up in the print medium with some leading newspapers. The promos of the show will be played extensively during the release of the much awaited movie, ‘Himmatwala’, in single screens and multiplexes.