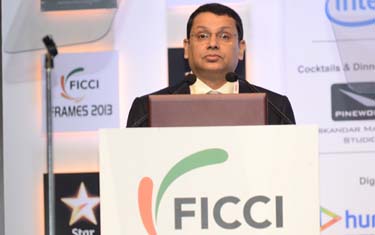 India’s Media & Entertainment (M&E) industry has great potential to herald a new era of economic expansion, with the sector poised to double in size by 2017 and aid job creation by removing key challenges including stifled freedom of expression, Uday Shankar, Chairman of FICCI’s Media & Entertainment Committee, said at the inaugural session of the annual FICCI Frames conclave on Tuesday.

Delivering the theme address, the foremost business gathering in the M&E sector that brings the industry and policymakers on a single platform, Shankar said efforts to curb free speech in a robust democracy like India is one of the biggest challenges that can potentially derail the industry from its trajectory. “When Satyamev Jayate points to weaknesses in the medical system, doctors are offended. When Jolly LLB creates a courtroom satire, lawyers are offended. Even when a precocious teenager posts a comment on Facebook, some people start baying for her blood,” he said. “What is interesting to me is that we all agree that the role of media is to question the status quo. But with the right to question must come the right to provoke and the right to offend.”

The conclave, over the course of next three days, will deliberate on this year’s theme of media & entertainment industry’s aspiration of ‘Engaging a Billion Consumers’.

''This industry is an economic enterprise like the best of them and is capable of creating employment and wealth much faster than most other sectors and with the ability to be a force multiplier, like it is in most countries,” Shankar said, adding that the $15-billion industry employs as many as six million people.

“In business and creative terms, the Indian media and entertainment sector still remains much smaller than it should be in a country of 1.2 billion people,” said Shankar, who is also the CEO of Star India. “Our collective and individual ambitions should be taking wings around this big opportunity.”

Commenting on the other challenges that need to be overcome to unlock this growth potential, he said, “The lens often used to look at this industry is largely one of glamour and propaganda and the biggest debate is on how to control and contain it. As a result, the growth of M&E has not been supported by policy and regulatory initiatives.

Preneet Kaur, Union Minister of State for External Affairs, said, “Indian M&E continues to retain the growth curve. This year we complete the milestone of 100 years of cinema. Indian Cinema has built bridges with all parts of the world. The next decade is crucial when this industry has to consolidate and expand. The M&E industry has the potential to be the harbinger of social and economic change.”

Naina Lal Kidwai said, “Our endeavour is to develop and engage with a varied consumer base. The FICCI Frames report this year has outlined tremendous growth for the sector with one of the key drivers for change being digitisation. Apart from this, rapid increase in mobile usage and internet penetration, along with 3G and 4G will continue to determine growth for the industry. Regional media continues on an evolution strategy. FICCI’s commitment to training and development will create skilled manpower to boost the industry.”

Audience measurement: Pointing out the lack of reliable data on audience measurement across verticals of the media and entertainment sector, Shankar also emphasised the need for the industry to set its house in order. “Numbers are supposed to be the foundations of rational business decisions but how can we make decisions when professionals in the business of numbers can’t get their numbers straight?” he said. “The lack of reliable data is not limited to TAM. In fact, as a TV executive, I am surprised sometimes how I am even able to function. I do not know enough about my viewers – in fact, I don’t even know how many of them are there. There are 140 million cable and satellite homes but the measured universe is 62 million households. The country’s premier media agencies can’t even seem to agree on a fact as basic as the size of the advertising market.”

Emphasising that the industry is facing an imminent talent crunch, he Shankar said, “We hide under the pretense of creativity and have convinced ourselves that creativity gives us the license to be informal and chaotic. It is this informality and chaos that has seeped into our approach to spotting and grooming talent. This is dangerous. We must realise that discipline and formality are not antithetical to creativity and if anything they are necessary ingredients to fostering the creative process.”

The theme address was followed by the release of FICCI-KPMG’s joint report on the media and entertainment sector. The report estimates the industry to grow 11.8 per cent to Rs 917 billion this year from Rs 820 billion in 2012, aided by digitisation, growing regional media and the upcoming elections. FICCI-KPMG report expects the M&E industry to grow at a steep pace and touch Rs 1.66 trillion in size by 2017. 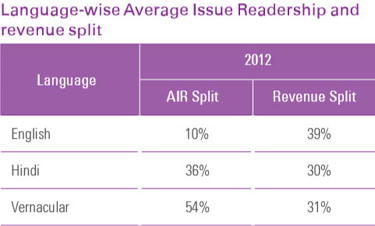 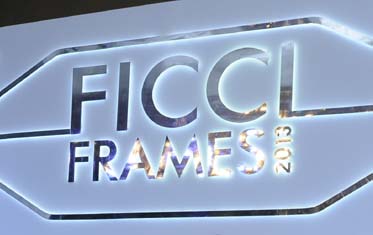 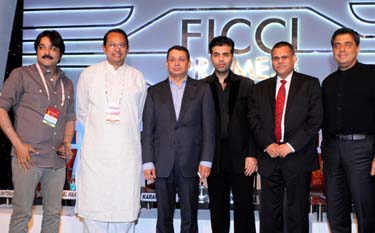 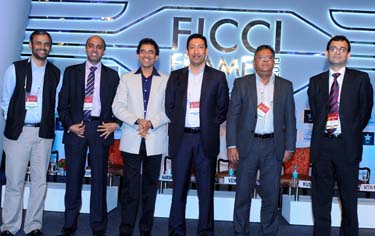 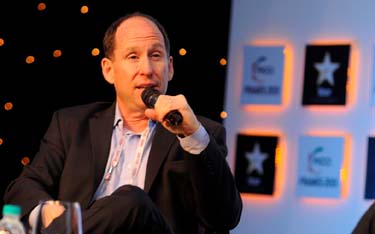