The stand-up comedian will perform in Mumbai, Delhi and Bangalore 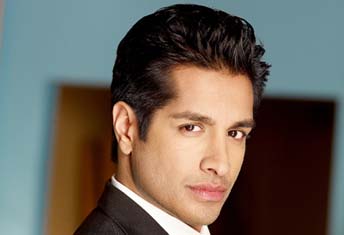 The stand-up comedian will perform in Mumbai, Delhi and Bangalore

Comedy Central knows what’s funny. To kick off its foray into live entertainment, the channel has chosen Indo-Canadian comedian Sugar Sammy to perform for its new on-ground property “Comedy Central Presents” which brings the best in stand-up comedy from across the world. Sugar Sammy will perform in Mumbai, Delhi and Bangalore this March 2013.

Sugar Sammy has performed over a thousand shows in 30 countries in English, Hindi, Punjabi and French. In the last 11 months, he has sold 120,000 tickets in Canada. Part of a new breed of young, global, accessible performers, Askmen.com dubbed him “Comedy’s New Rock Star” and The Hollywood Reporter selected him as one of their “Ten Comics to Watch”.

India may never be the same after Sugar Sammy brings his comedy and his views on his Indian roots, world travels, arranged marriages, pop culture and modern day relationships to the homeland.

The story began in August last when Comedy Central aired Sugar Sammy’s comedy special “Live in Montreal”. No one could have predicted the tidal wave of viewer response that the airing unleashed. Ferzad Palia, GM & SVP, English Entertainment, Viacom18 Media, said, “When we aired ‘Live in Montreal’ in India, it was a great idea and a perfect fit. We are very excited and proud to be presenting Sugar Sammy’s tour. We hope to see more of his brand of comedy here in India – global, international and yet extremely relevant to our viewers.”

“It’s an honour to be the first artist to be presented with a live tour with such a legendary brand as Comedy Central in India,” said Sugar Sammy. “My parents were born in India and left when they were in their 20s. A lot of my comedy comes from the generational clash between me and my family. This series of shows is just the beginning of what’s to come in India.  I hope to slay a new legion of fans and create some more history.”

Sugar Sammy will be performing in Bangalore at the UB City Amphitheatre on March 15. On March 16 he will be in Delhi at FICCI, and on March 17 he will perform in Mumbai’s St Andrews Auditorium. Tickets for all shows in India will be available from February 27, 2013, on www.Bookmyshow.com