Thums Up and Salman Khan back with new ‘Toofani’ summer campaign 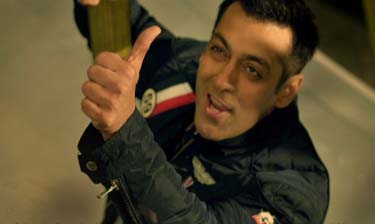 Thums Up and Salman Khan back with new ‘Toofani’ summer campaign

Thums Up, India's largest soft drinks brand, has just kicked off a 'Toofani’ start to the year with a spectacular new campaign featuring superstar Salman Khan. An extension of the ‘Aaj Kuch Toofani Kartey Hain’ call to action, the new campaign once again urges consumers to push the boundaries, to pave their own path and to unleash their potential. The high-adrenalin TVC has been conceptualised by Leo Burnett.

The action-filled campaign shows Salman Khan adding his unique style quotient as he takes a 'toofani' route to get his Thums Up, turning a mundane situation of a store running out of his favourite Thums Up into an exciting tale of adventure and thrill. Salman inspires gut and gumption by taking complete control of the situation to get what he needs, undertaking a series of 'toofani' acts to get his Thums Up.

Action star and southern superstar Mahesh Babu features in the south version of the thrilling campaign.

Through it all, the inherent message is that the 'Toofan' is within everyone, and it is but a matter unleashing it to do something 'toofani'.

As part of the launch of the campaign, Thums Up previewed the TVC to Salman’s fan base of more 10 million (7.7 million Facebook fans + 3.45 million Twitter followers) people on Friday, February 23, before the TVC hit mass media yesterday. This is the first time in the history of the brand since its launch in 1977, that it previewed its main thrust summer campaign on digital media before the campaign hit mass media. Thums Up has a robust digital plan to leverage the campaign. This includes digital and social media platforms for targeted genres: social, video on demand (VOD), search, travel, games, reach portals and mobile.

Anupama Ahluwalia, VP – Marketing, Coca-Cola India, said, “Thums Up has continued to be culturally relevant in India through the evolving expressions of masculinity. We believe masculinity today is the drive to find ones calling, to take the leap of faith – and Thums Up is the iconic symbol that embodies the strength required to unleash the potential within. Through the latest campaign, Thums Up is aiming to make a cultural shift of acceptance that the hero is not divine anymore, but that it is there in all of us, it’s just a matter of finding it, hence the clarion call "Aaj Kuch Toofani Kartey Hain".

The TVC has been created by KV Sridhar, Chief Creative Officer India Sub-continent, Leo Burnett, and Sainath Saraban, Executive Creative Director, Leo Burnett. The TVC has been directed by Ravi Udyawar under the RU Films production banner. The thumping music has been composed by Ram Sampath (of Omgrown Music) to bring to life Amitabh Bhattacharya’s toofani lyrics.

The campaign will be amplified through a 360-degree integrated communication plan.

KV Sridhar ‘Pops’ commented, “Thums Up campaigns are about adventure, dare-devil attitude and the ability to push beyond one's limits. The new campaign embodies these values, and having someone like Salman whose sheer screen presence has so dynamically added to the experience. To find a script befitting Salman and Thums up and translating that on screen was both challenging and exciting. The end result is something we are all proud of and we hope the viewers enjoy watching the campaign as much as we did making it.”

Speaking about his experience, Salman Khan said, “Thums Up to me has always stood for a spirit of adventure, resilience, energy and courage. I completely believe in the campaign's core philosophy that the 'Toofan' is indeed within all of us.”