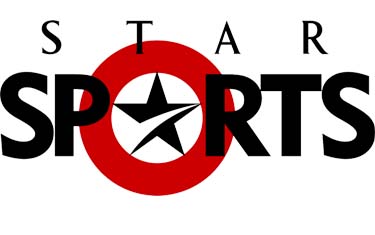 Star Sports has launched a full-fledged campaign, with the core theme ‘Asli Test Baaki Hai’, to promote the forthcoming India - Australia Test series for the Border-Gavaskar Trophy which gets underway in Chennai today. The campaign has been developed to build up the new Team India as it faces its toughest test against the most redoubtable of cricketing oppositions – Australia.

The sports broadcaster has also lined up an expert panel of cricketing stars who will do commentary as well as studio analysis on every match day in English (Star Cricket and Star Cricket HD) and Hindi (Star Sports). The commentary line-up includes legends like Sunil Gavaskar and Allan Border.

Over the last 15 years or so, India vs Australia Tests have been a battleground in which ‘heroes’ have been born or tested. The last generation of Indian heroes including Sachin, Dravid, Laxman and Ganguly came into their own against Australian opposition at home or abroad which led to this epic confrontation developing into a blue riband event – a true test of a cricketer’s mettle. Interestingly today, both teams are in a phase of rebuilding after a spate of high profile retirements. The advent of new stars like Pujara, Ashwin, Kohli, Maxwell, Starc and Pattinson ensure that the series still remains a stern test of cricketing excellence. Hence the campaign line ‘Asli Test Baaki Hai’.

Sanjay Gupta, COO Officer, Star India, said, “Throughout this season we have been focusing on a new Team India with its new set of heroes. While we applaud the new talent, we are also cognizant that in the future they will have to face a lot of stern tests before they can truly become world beaters. The overarching creative thought comes out from this, that ‘true heroes only emerge from the toughest battles’. Further, our approach to the presentation of Indian cricket has also been a game changer in many ways.”

“We have created a brand new Hindi presentation in addition to the existing English one to take the game to newer audiences in a language and idiom they comprehend. We have brought in a world-class line-up of talent with stars like Navjot Singh Sidhu, Kapil Dev and Ramiz Raja joining their illustrious compatriots like Gavaskar, Shastri, Border, Warne, Hayden, Akram, Harsha and others. We’re delighted to welcome VVS Laxman on board the Star Sports commentary, presentation and analysis team. He is famous for his prolific record against the Aussies. The TV presentation will be augmented by a strong web offering through starsports.com allowing consumers to get in the game online. Our aim is to take the viewership of this game to a whole new level – be it through our compelling campaigns, quality of talent, look and feel of the presentation, multi-platform delivery or through promoting it across the Star network,” added Gupta.