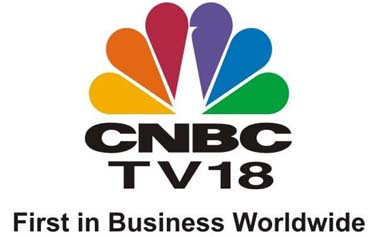 The final countdown for Union Budget 2013 has begun. Despite a slew of reforms that the country has seen in the past few months, and inflation worries having eased a little, India’s growth is still deficient. With the government’s continued attempts to improve investment possibilities and combat the issue of fiscal deficit, Budget 2013 provides a chance to inspire confidence again; not only for Indians but also as a global investment destination. Focusing on prominent aspects of the approaching Union Budget, CNBC-TV18 has launched a special line-up of five shows scrutinising the challenges and opportunities facing the FM this year. These shows would be led by India’s most experienced business editorial team and will air views and expectations of stakeholders across the country.

As the last budget for this government before the general elections, expectations are high and the nation is vesting its faith in the FM to provide a much needed boost; hence Budget 2013 indeed sets the stage for “the last flourish”.

Suranjana Ghosh, CNBC-TV18’s Marketing Head, said, “With a keen finger on the pulse of the nation’s expectations and indications from the street, CNBC-TV18 is poised to present another defining season of budget coverage. This is the current government’s last budget and hence it is their final opportunity to set India’s economy in order. CNBC-TV18 brings together an enviable host of leading experts, think-tanks and India’s best editorial minds to decode Union Budget 2013 as ‘The Last Flourish’ and analyse the calls the finance minister is likely to take – be it fixing the fiscal deficit, re-establishing India as an attractive destination for global investors or efficient deployment of subsidies. Through a panorama of special programming and initiatives focusing on budget expectations, analyses and impact across communities through multiple approaches and formats, CNBC-TV18 will once again ensure the most comprehensive coverage both in the run up to, and on Budget Day.”

The key shows are as follows:

Hosted by Shereen Bhan, this show would be telecasted in four parts showcasing top politicians and CEOs with their expectations from this budget. Dates: Feb 2, 9, 16, 23

This is a macro focused show on how the FM will go about balancing his populist and reformist pulls and yet balance the fiscal deficit, the key monitorable in any budget. The show would be hosted by Latha Venkatesh and would be telecasted in four parts. Dates: Feb 2, 9, 16, 23

Targeted at corporates and individuals, this show would be a purely tax focused series on direct & indirect taxes. It would be hosted by Siddharth Zarabi and telecasted in four parts. Dates: Feb 2, 9, 16, 23

This show would capture the expectations of each industrial sector from the budget. It would be hosted by Sonia Shenoy and telecasted in two parts. Dates: Feb 9, 16

Hosted by Udayan Mukherjee and telecasted in two parts, this show would include interviews with leading global investors/economists and rating agencies on what they want from FM. Dates: Feb 16, 23