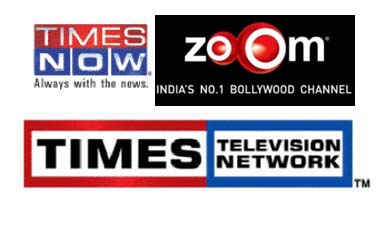 Indians residing abroad form a substantial diaspora that is keen to stay connected with the latest in news and entertainment content fromIndia. With relatively higher per capita income than most other ethnic groups residing abroad, the Indian and South Asian diaspora also displays a higher propensity to pay for premium content and services.

TTN will be extending its international presence further this year with its impending launch inEurope.

Commenting on the success of the international business Sunil Lulla, Managing Director and CEO, Times Television Network said, “Times Television Network has found great resonance with the viewers from the Indian Diaspora. Despite having launched only quite recently in some of the markets, the brands have gained the same stature and respect as they have here. TIMES NOW is a daily news habit and zoOm the first port of call for Bollywood. We expect to penetrate more geographies shortly. Increasingly, we are able to bring strong solutions to advertisers for their brands in these respective geographies."

With over 60 advertisers already on board the channel feeds in the USA, Canada, Singapore, UAE, Australia & New Zealand, TTN’s international business is setting a strong pace in growing its advertising revenue stream.Leveraging the network strength further, TTN is also in discussion with other content owners and broadcasters in India and South Asia for alliances that will see TTN taking their content and channels into international markets.